A former prison guard who watched over Daniel Morcombe’s killer Brett Peter Cowan says the serial paedophile is despised by other inmates in jail.

Cowan, 51, lured the 13-year-old into his car on Queensland‘s Sunshine Coast on December 7, 2003, before molesting and strangling him in an abandoned house and dumping his naked body in a bush.

The child rapist was sentenced to life behind bars in Brisbane‘s Wolston Correctional Centre in 2014 where he has been stabbed in the neck and scolded with boiling water by inmates who loathe him. 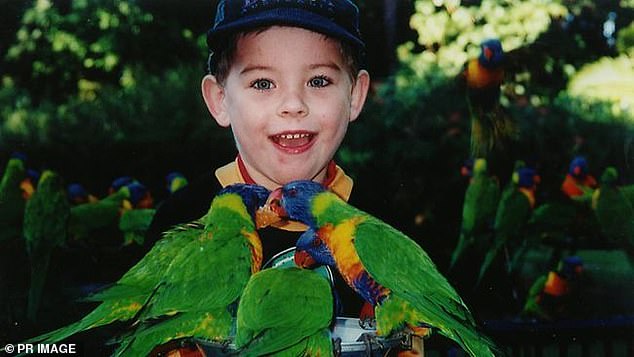 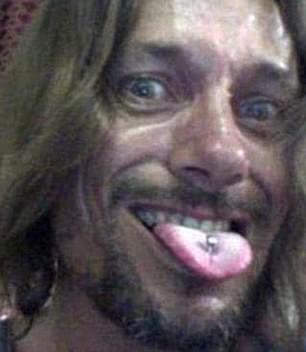 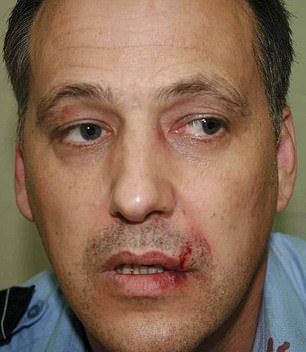 Ex prison guard Kerry Corbin (right, after he was attacked in prison) said Cowan (pictured) looked like a shabby ‘rock spider’ in jail

‘I don’t know if you’ve ever been to a zoo and you’ve got like a very dangerous sort of animal that’s sort of been hidden away,’ the 51-year-old told the podcast On Guard.

‘You sort of drawn yourself slowly to the door to actually see this deadly animal. That’s exactly what it felt like … to just to draw myself in and picture the monster.’

Upon looking at the abhorred public figure through the perspex window, he was surprised to see a pathetic-looking ‘rock spider’.

‘He was pretty shabby,’ Corbin said.

‘He had a secure cell. It basically had that the hatch where you put the food through and we can handcuff them through. But it’s a perspex window that you could look through.’ 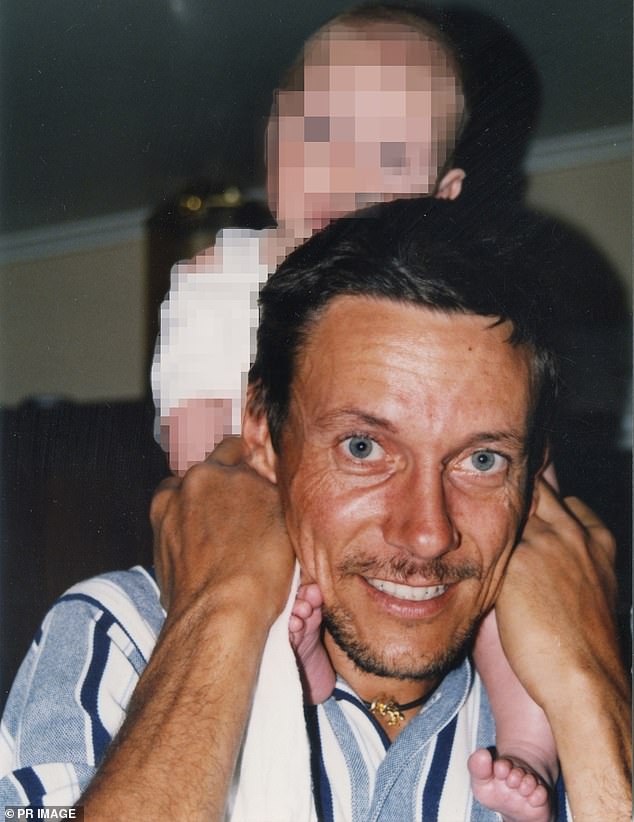 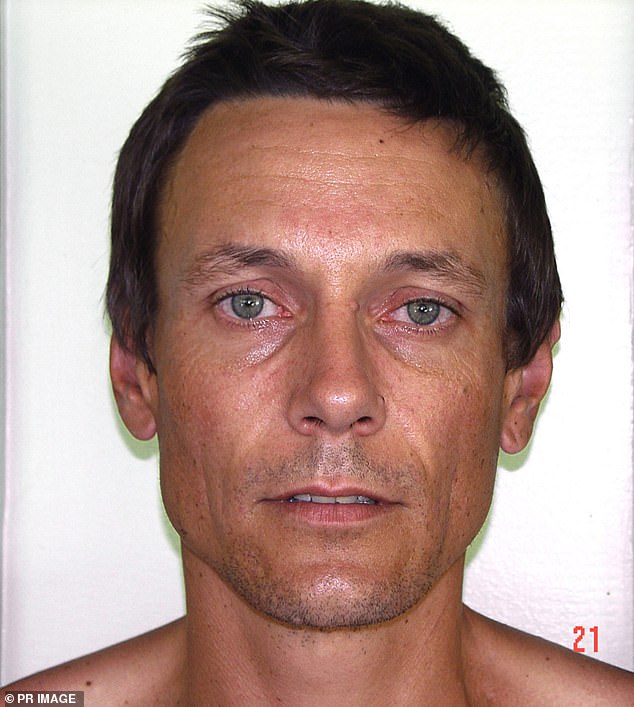 Despite his high-risk status in a protected prison to stop inmates from maiming or murdering him, Cowan’s paedophilia conviction shafted him to the bottom of the prison hierarchy

Despite his high-risk status in a protected prison to stop inmates from attacking him, Cowan’s conviction sent him to the bottom of the prison hierarchy – he was a target from the moment he walked in.

Corbin was regularly assigned to do regular checks on Cowan or watch him constantly from a chair outside the cell.

He had to be kept in his own cell with a private shower, toilet and sink, but Corbin said: ‘Just because you’re in a protection prison doesn’t mean that you are safe.’

‘Like most of Australia, I just wanted five minutes alone with him,’ he added.

In 2016, Cowan had boiling water poured over his head by fellow inmate Adam Paul Davidson, and screamed out in pain ‘why, why, why?’ 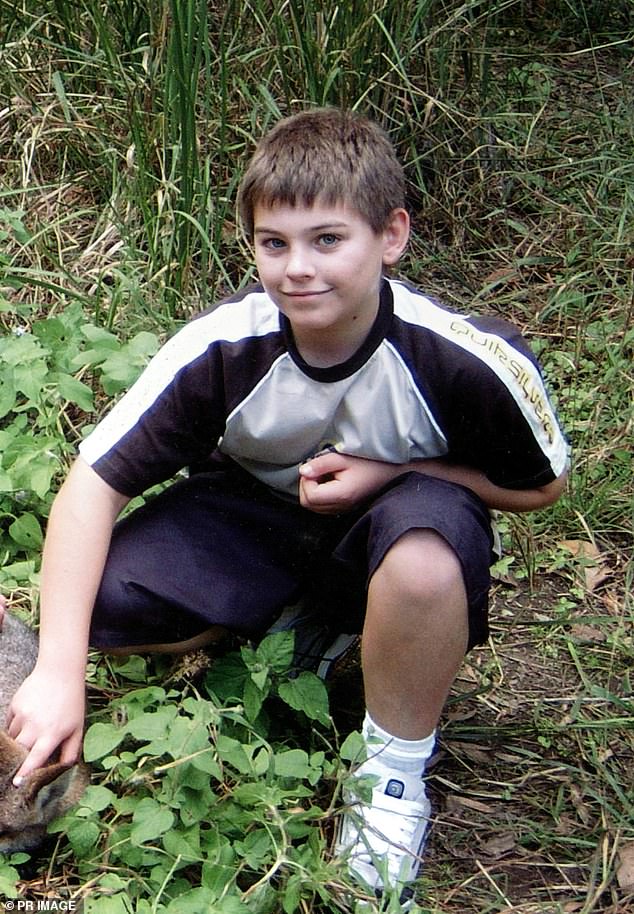 When asked about the scolding, Davidson told police: ‘I didn’t want to kill him or nothing, I just wanted to hurt him … just wanted him to feel the pain.’

‘Feel the pain somebody like Daniel Morcombe has felt.’

In May 2018, Cowan was speared in the throat with a sharpened toothbrush, sustaining only superficial injuries.

Corbin retired in 2015 due to psychological trauma and brain damage caused by an inmate’s attack upon him. 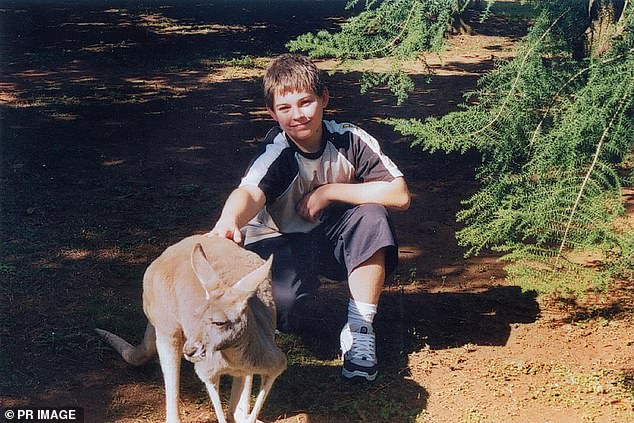 In May 2018, Cowan was speared in the throat with a sharpened toothbrush, sustaining only superficial injuries. Pictured: His victim Daniel Morcombe

He regularly had to guard offenders who were guilty of appalling crimes.

He told the podcast there were ‘the baby killers, the ones that have done pornography with their kids, the ones with real mental health problems, the ones that the other side of the jail want to kill’.

Spending so much time in the company with the likes of Cowan gave him a ‘sixth sense’ for child sex offenders which gave him the ability to identify a paedophile within minutes.

‘You find with paedophiles they’ve got a really warped sense of humour. They’ll tell jokes that normal people wouldn’t laugh at but they find funny, and normal jokes they don’t really get.’ 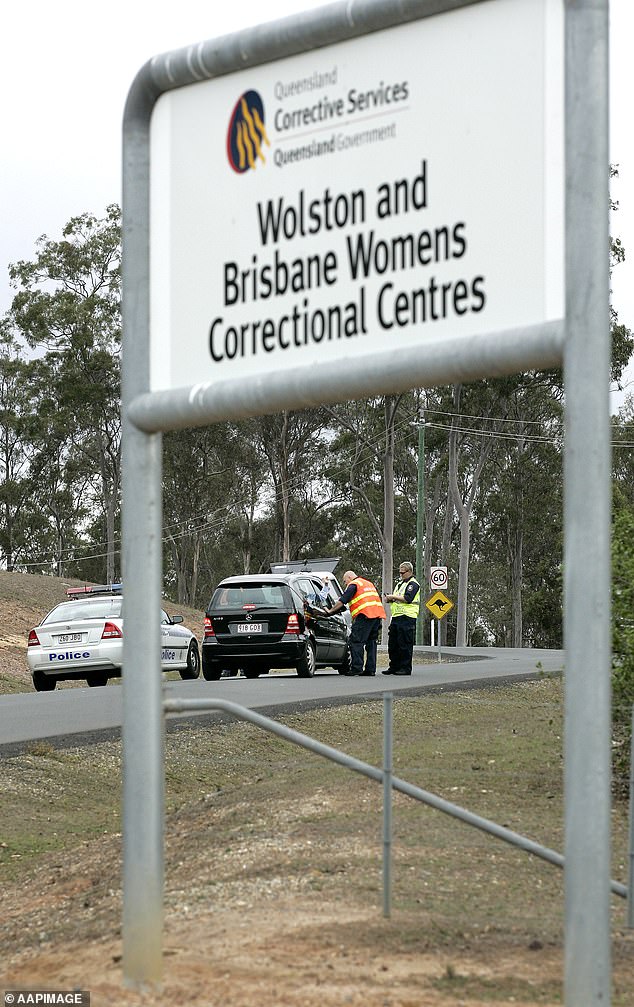 He now can’t help but scan for criminals in shopping centres and said he wants to beg parents with scantily-clad young daughters to ‘please do something. You have no idea what’s out there’.

Currently serving a life sentence for murder, he had two previous convictions for sexually assaulting children.

Daniel disappeared near a bus stop on Queensland’s Sunshine Coast in December 2003.

Cowan was found guilty in 2014 of murder, indecent treatment of a child and interfering with a corpse and must serve a minimum of 20 years.

Cowan was playing cards with other inmates in a prison common area about 9.15am on Friday, August 5.

During a break in the game Cowan went briefly to an exercise yard where he saw Adam Paul Davidson, then 31, standing outside the laundry door next to a hot water urn, filling a yellow mop bucket.

When Cowan returned to the card game Davidson asked another inmate to move the prisoners sitting near his target.

Davidson then quietly approached Cowan from behind with the bucket and tipped the boiling water over Cowan’s head and body.

Cowan screamed in pain and pleaded ‘why, why, why?’.

Davidson said he plotted the attack for a month and planned to to ‘scar the f***ing grub for life’.

The killer was left with skin peeling from his scalded face, right shoulder, right arm and stomach.

A huge blister was forming on his upper back and angry red, raw skin was visible on his arms, belly and legs.

A number of his tattoos were damaged by the burns. A large skull wearing a top hat on Cowan’s right arm was covered by burnt skin and growing yellow blisters.

When asked about the scolding, Davidson told police: ‘I didn’t want to kill him or nothing, I just wanted to hurt him … just wanted him to feel the pain.’

‘Feel the pain somebody like Daniel Morcombe has felt.’

Speared in the neck with a sharpened toothbrush, 2018

Authorities said the prisoner who attacked Cowan in May last year used an ‘improvised implement’ to assault him in a common area.

Officers said the situation was quickly brought under control and no staff were hurt.

‘(Cowan) was returned to the secure block a short time after treatment at the prison medical centre,’ a spokesperson previously said.

No blood was drawn.

Inmates plotted to throw heated-up condiments at him, 2018

Inmates plotted to hurl heated up condiments and house-hold items at the convicted murderer.

Cowan was in the exercise yard of a jail block when the riot kicked off at the Wolston jail in Brisbane, The Courier Mail previously reported.

The riot was described at the time as the worst in the prison’s history by officers.

‘He was in the exercise yard when they started going off, they all went outside,’ officers said.

‘It was a diversion. They didn’t get to him,’ one prison officer told the paper.

Coronavirus can enter BRAIN via the nose, German research shows

This Ulta Black Friday deal on a 60-piece makeup kit is one for the books—find out...