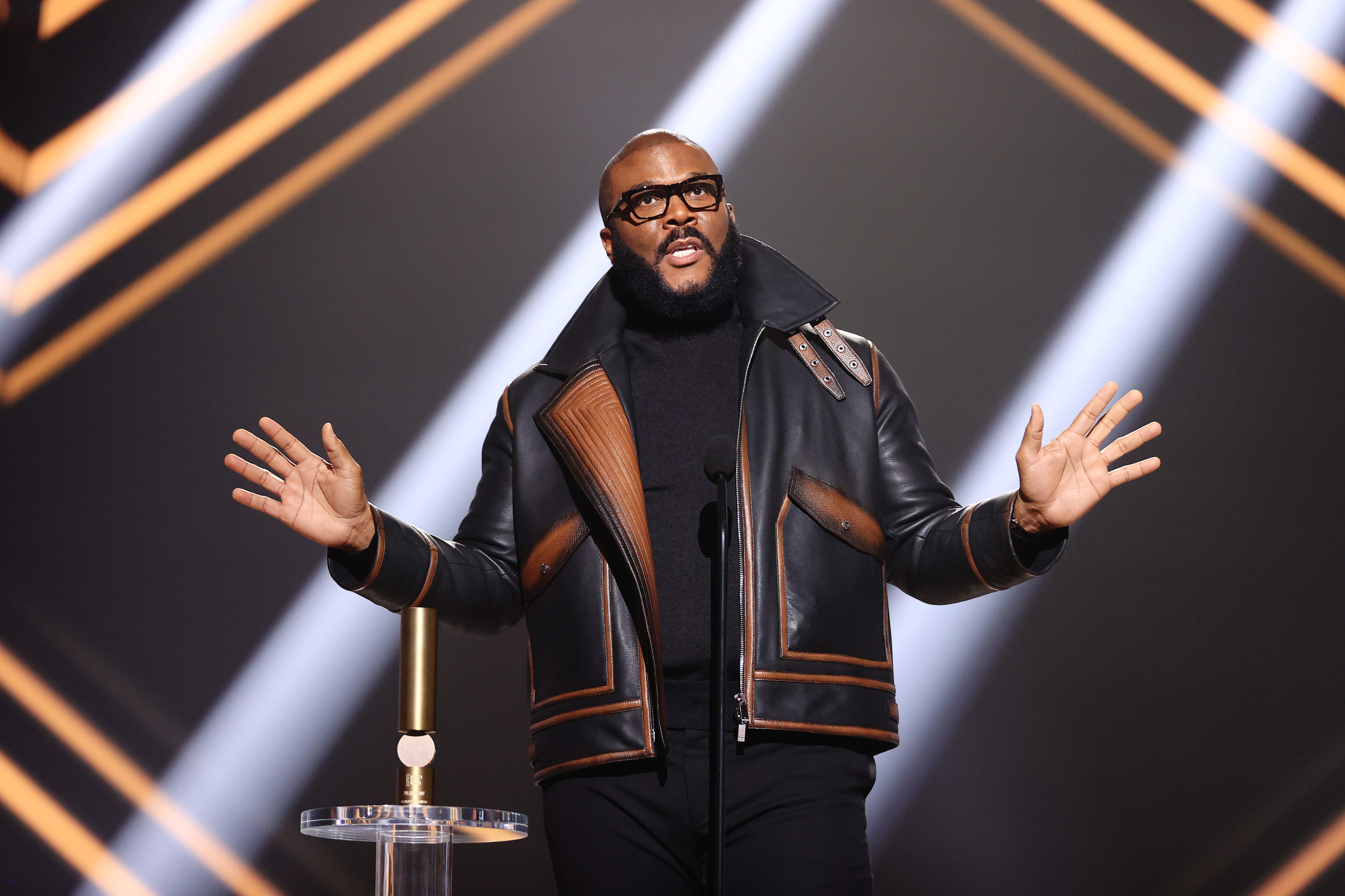 ATLANTA – Thousands of people jammed roads for miles on Sunday in an effort to get boxes of Thanksgiving food and gift cards donated by filmmaker Tyler Perry.

Tyler Perry Studios said it had enough boxes of canned vegetables and $25 gift cards for 5,000 families to drive through and pick up. The event was billed as #TPSGiving.

The studio said it ran out of food within two hours.

“First come, first serve of 5,000 families while supplies last,” a poster for the event read. “We wish that we could feed everyone in need.”

The line started forming Saturday and at one point stretched for 5 miles south of downtown Atlanta, media outlets reported.

Volunteers in protective equipment were handing out the food and gift cards.

The first car in line got here at 3pm…YESTERDAY. #TPSGiving starts at 8am. Already, lines extend miles long, causing back-ups on Langford Pkwy and I-20.@TPstudios will be giving away non-perishables and gift cards to 5K families.

People tell me, the need is greater than ever pic.twitter.com/ntoBGfaZTk

It’s the latest show of generosity by Perry, who in April paid for groceries for high-risk and senior shoppers at 29 Winn-Dixie stores across Louisiana and 44 Kroger stores in Atlanta.

“If you have a layaway at either place and it was in there as of 9:30 this morning, then I have paid for all of your layaways for Christmas. So Merry Christmas,” the creator of the “Madea” film franchise said in an Instagram video.

“I know it’s hard times and a lot of people are struggling. I’m just really really grateful to be able to be in a situation to do this. So God bless you. Go get your stuff.”

How long can GOP dance the two-step?

Will locals back statue for Margaret Thatcher? Poll could be held to decide on home town monument

Thousands without power in Ohio, Pennsylvania after snowstorm

A judge has ordered Phil Collins’ ex-wife to rein in the ‘scandalous’ personal remarks about the...