Glamorous teacher, 28, who woke up after a big night out in Greece unable to see out of her right eye reveals doctor’s ‘death sentence’ diagnosis that changed her life forever

A young primary school teacher has recalled the moment her world turned upside  with a devastating diagnosis during an European adventure of a lifetime.

Gold Coast woman Elise Osmand, 28, was travelling around the Mediterranean with friends last year when she first noticed her deteriorating eyesight.

When she woke up one morning unable to see out of her right eye, Ms Osmand blamed her vision loss on jet lag and a big night out on the town.

By the next morning, she has gone blind in her right eye with only 20/20 vision remaining in her left.

She immediately sought medical advice when she reached Athens, where an eye specialist initially feared a brain tumour or cancer before Ms Osmand was diagnosed with multiple sclerosis, also known as MS, a chronic condition that affects the central nervous system. 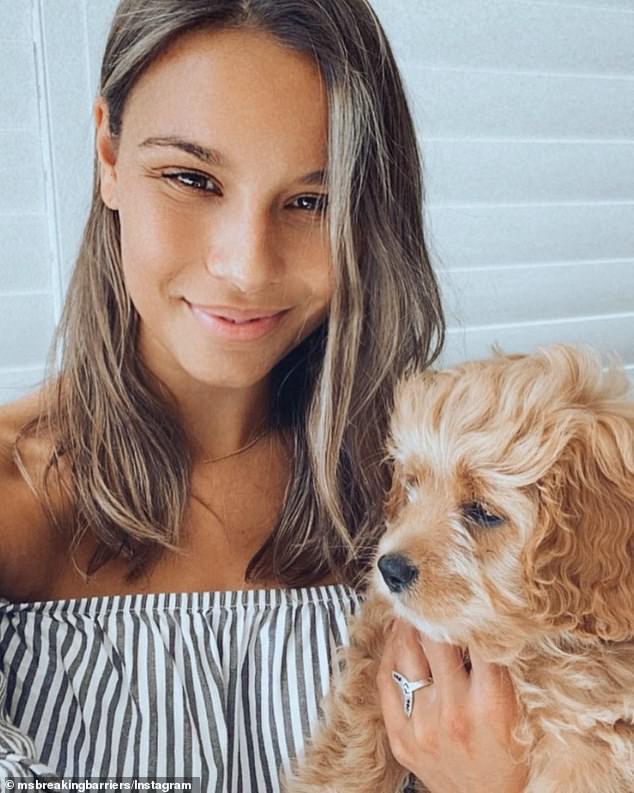 ‘At first I got upset about it … it was a really confronting moment. It felt like my world had come crumbling down … a death sentence,’ Ms Osmand told news.com.au.

Her vision returned four months later but has since suffered other symptoms such as fatigue, hypersensitivity to touch and crippling nerve pain which often leaves her unable to get out of bed.

A very active and social young woman before the diagnosis, Ms Osmand said MS has changed her life forever.

She listed fatigue as the most frustrating symptom, where she’s often forced to cancel plans at the last minute.

‘I have always been very active and would do a lot of exercise. Now, while it’s still really good for me to do, it can trigger symptoms and drain me to a point I can’t recover from,’ Ms Osmand said.

‘I can still go out and have a great time, but going out for drinks and having fun is now just having one or two [drinks] and preparing myself for a three or four hour sleep afterwards.’ 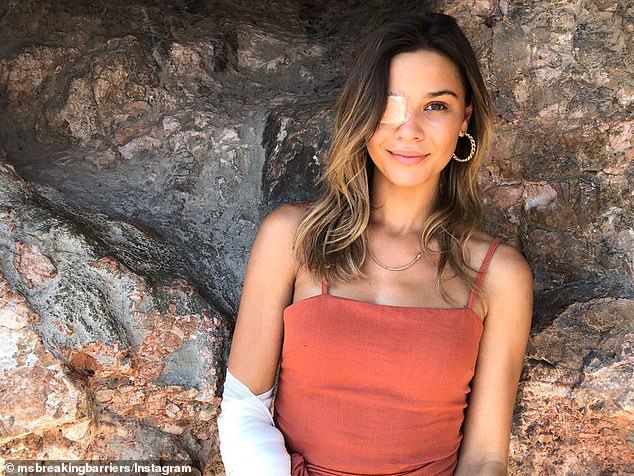 An eye patch and a cannula in her arm didn’t stop Elise  from exploring the Greek capital of Athens. She pictured shortly after her diagnosis 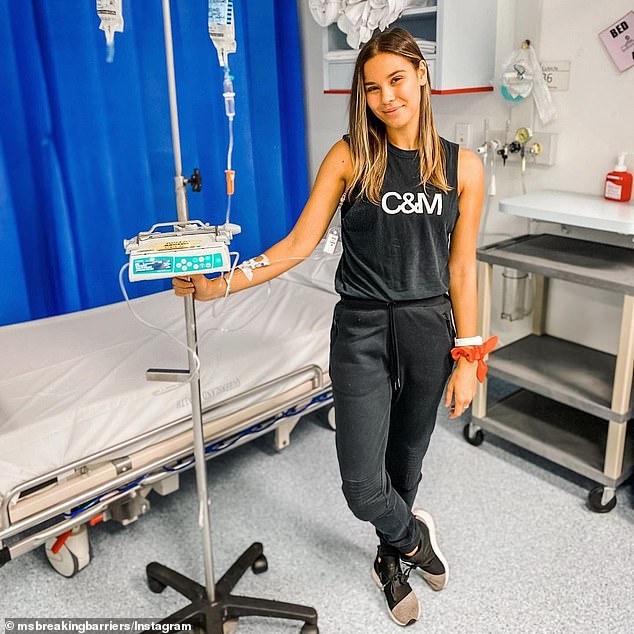 She remains hopeful of not ending up in a wheelchair.

More than 25,600 Australians have MS, which continues to rise with ten more cases diagnosed every week.

Ms Osmand shares an eyeopening insight into personal MS journey on her Instagram page MS Breaking Barriers, where she also aims to raise awareness about the condition.

‘Through this journey of being diagnosed with MS it has changed my world, but by doing this, I have met so many incredible people from our community and I have grown as a person, understanding my mind and body more each day and finding a strength that I didn’t know I had,’  she posted earlier this month. 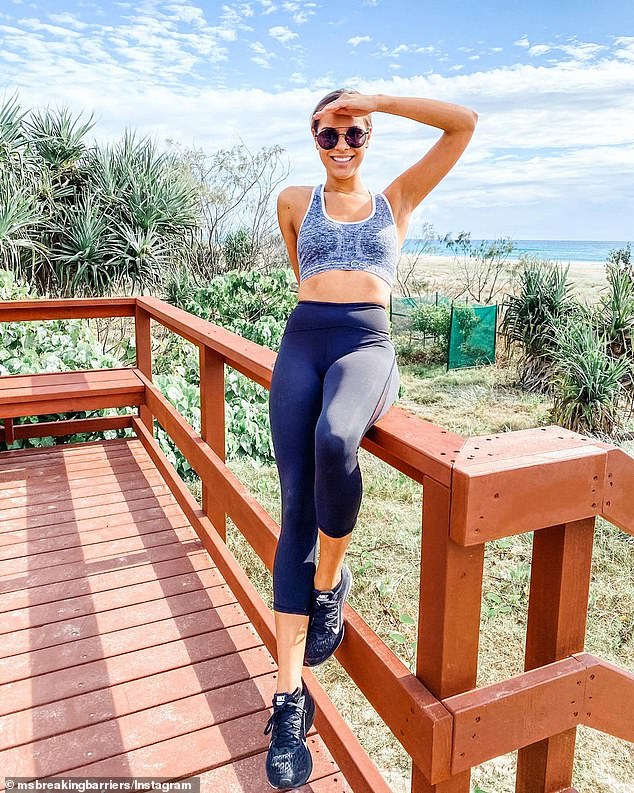 ‘Knowing that people can connect or relate to my story pushes me everyday to want to be as honest and real as I can in the hope that it will continue to create awareness and help those with MS who feel lost and confused about this journey to know that they are not alone.’

‘Learn to use this disease as a way to better yourself,’ she wrote.

‘Most importantly trust your gut and reach out when you need help. It can feel like a very lonely road, but it doesn’t have to be.’ 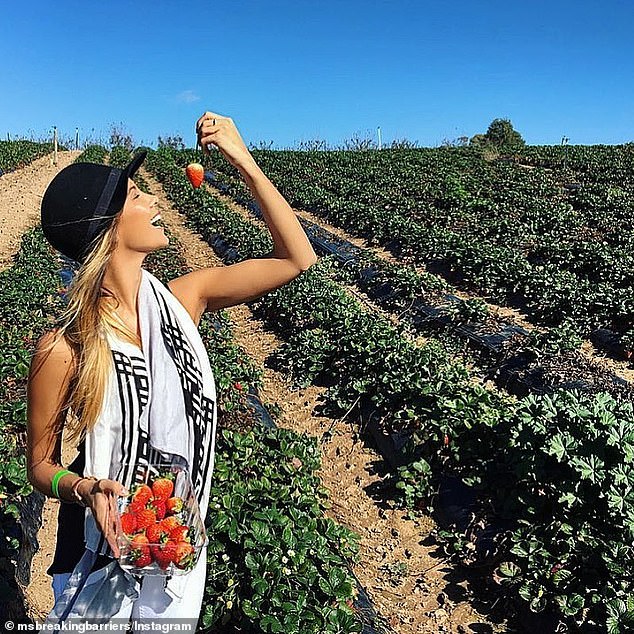 Elise Osmand tries to enjoy and lead a normal life as possible, despite having MS

Huge change to Australian visas will bring relief to thousands

Girl, eight, is left with ‘horrific genital injuries’ after an accident on Dreamworld’s sister park

Rahm Emanuel, who opponents say conspired to cover up murder of Black teen, could be Biden's Cabinet pick

Dating in Australia: Single woman reveals the worst thing a man has ever said to her after sex

Breaking up at Christmas: Australian singles reveal whether they’d rather be dumped before or after

Girl, eight, is left with ‘horrific genital injuries’ after an accident on Dreamworld’s sister park

Cardi B apologizes for large Thanksgiving gathering amid coronavirus pandemic

Huge change to Australian visas will bring relief to thousands

Would a Trump 2024 announcement freeze out GOP rivals?