Senior federal cabinet minister Simon Birmingham says he hopes international travel for Australians will soon return, but admits doing so in the first half of 2021 could be ‘challenging’.

The return of such travel has long been seen as dependent on the effectiveness of a COVID-19 vaccine.

But with medical trials returning promising results in recent months, the tourism and trade minister told Sky News he was hopeful planes will be back in the air next year.

‘Then of course the manufacturing rollout, distribution, uptake, all the other factors that come into how it is that a vaccine could change the way we look at things around this pandemic,’ Senator Birmingham said.

‘It’s not impossible… I think the first half may be challenging.’ 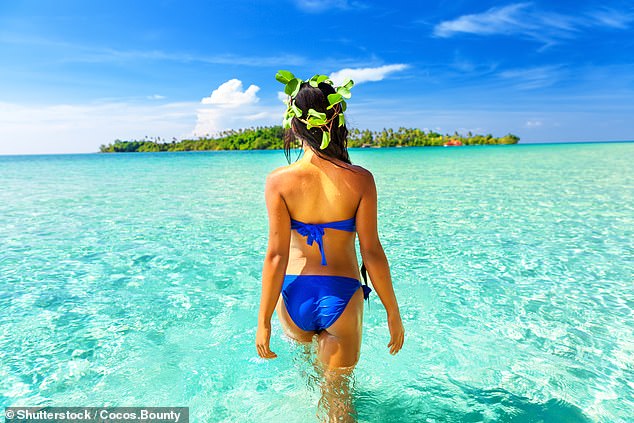 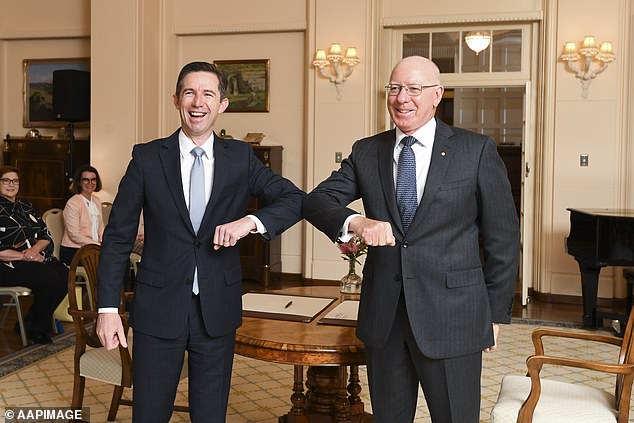 Mr Birmingham (pictured left with Australian Governor-General David Hurley) said while it may be challenging, allowing travel is ‘not impossible’

Aside from the various vaccines Australia is involved with, a new nasal spray with the potential to fight COVID-19 and other respiratory viral infections will be tested in the hopes of manufacturing it domestically.

The federal government said that along with a private partner it would provide $11.7 million to fund the testing, as part of the Biomedical Translation Fund.

‘This investment will continue the proud Australian tradition of discovery and translation that saves lives and improves lives,’ Health Minister Greg Hunt said in a statement.

Meanwhile, South Australia emerged from its hard lockdown on Sunday, earlier than envisaged after a pizza shop worker on a temporary work visa was found to have lied about how he contacted the virus.

Even so, SA Chief Public Health Officer Nicola Spurrier said she had no regrets about ordering the the lockdown after modelling showed her state had a 99 per cent chance of enduring a ‘significant wave’.

SA recorded just one new case on Sunday, a woman in her 20s who is quarantined in a hotel after travelling overseas. 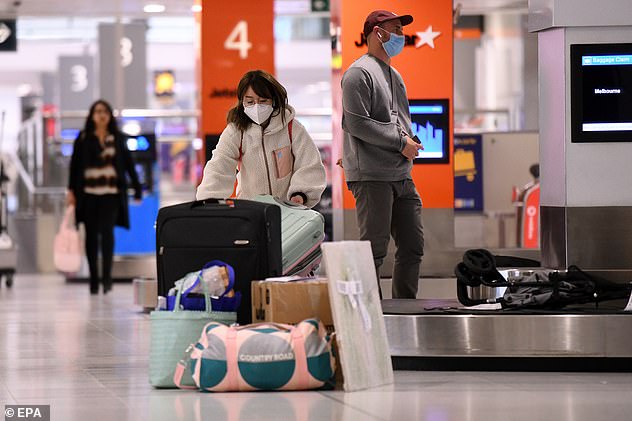 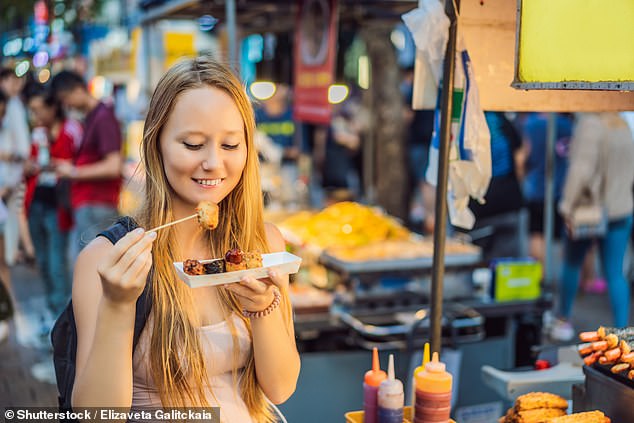 A woman eats from a street vendor in Seoul in South Korea. International travel could return for Australians as early as next year

Among its list of easing restriction, South Australians can now attend pubs and restaurants in groups of 10, hold private gatherings of up to 50 people and go to beauty salons and gyms.

Of the pizza worker, federal Labor frontbencher Brendan O’Connor said people shouldn’t lie, noting there had been similar problems in his own state of Victoria which made it harder for health teams to deal with.

But he also said actions by the federal government that leave people without support do have consequences.

‘We did say there should be modest support for people on temporary visas,’ Mr O’Connor told the ABC’s Insiders.

‘You can’t give them nothing because they will end up being in a difficult situation as clearly is the case with respect to this particular individual.’

In Victoria, Premier Daniel Andrews announced that from midnight on Sunday compulsory face mask-wearing will come to an end for Melbourne along with a further easing of other restrictions. 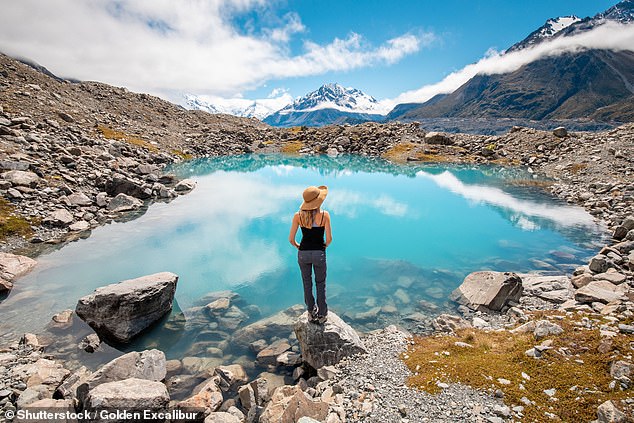 Mr Birmingham said travel plans will depend on the effectiveness of coronavirus vaccines. Pictured: a woman at Mount Cook in New Zealand

‘Masks will be required inside in all settings, they will not be required while outside,’ Mr Andrews said.

‘However you need to carry the mask with you because you will have to wear the mask outside if you can’t socially distance.’

At the same time, NSW’s three-month border checkpoint operation with Victoria will come to an end, with Premier Gladys Berejiklian championing her state as the only Australian territory ‘which welcomes everyone’.

‘All Australians are welcomed in NSW, all New Zealanders are welcome to NSW without quarantine,’ she told reporters from nearby the Albury checkpoint.

Nearly 24,000 Toyota cars are recalled over fears they have faulty breaks

£9/hour waiter job with 1000 applicants withdrawn due to lockdown

All NHS staff MUST get Covid vaccine – whether they like it or not, says ex-adviser VIVIENNE PARRY

The blueblood nature of Kansas means coach Bill Self rarely needs to mine the junior college...

48 hours to V-Day: Here’s everything you need to know about the Covid-19 vaccine rollout