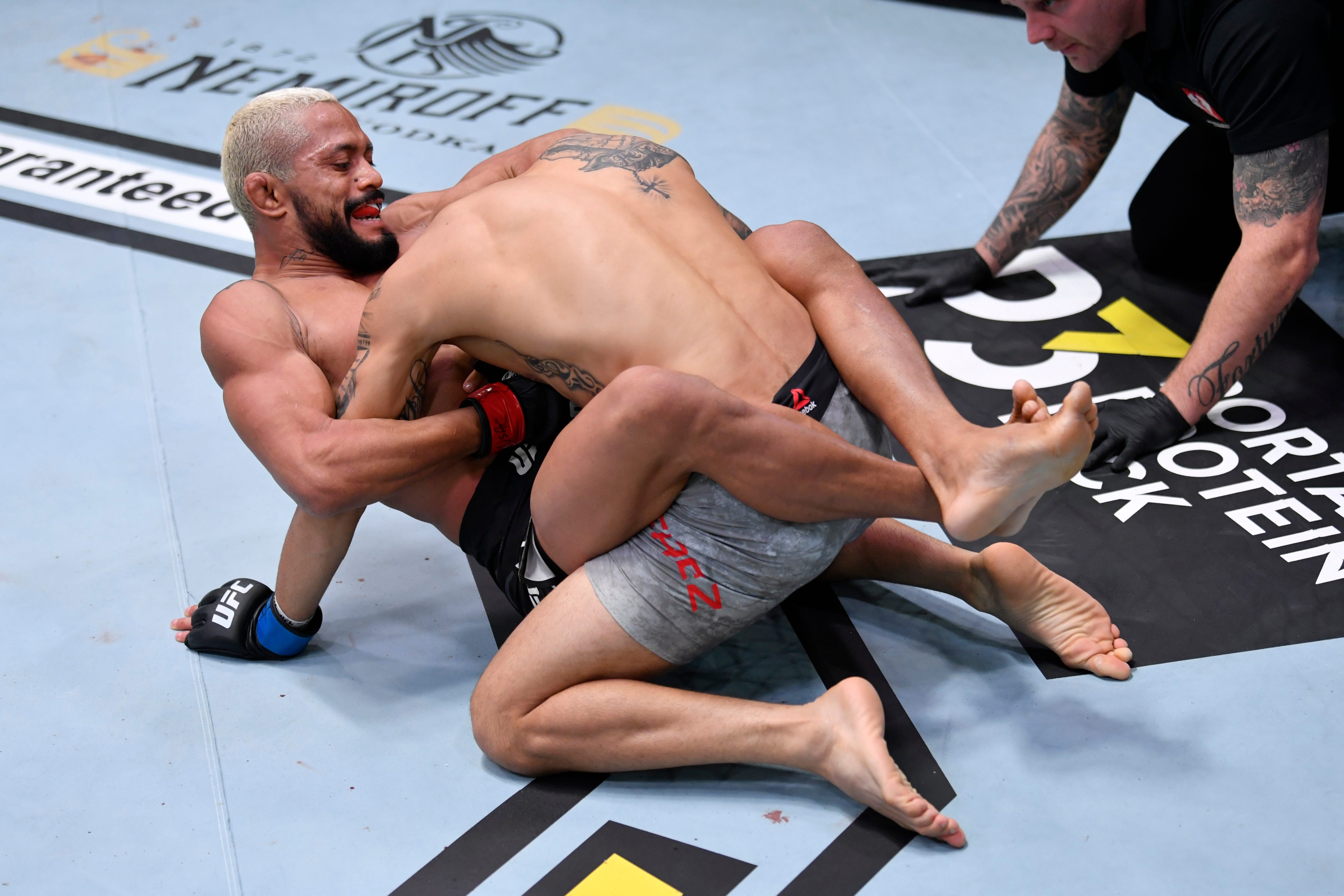 Early on, Figueiredo and Perez (24-6 MMA, 6-2 UFC) exchanged hard strikes on the feet. When Perez caught a Figueiredo kick, the champion pulled for a leg submission. When Perez tried to pounce on his downed opponent, he rolled right into Figueiredo’s guard and was swiftly choked out.

In his first title defense, Figueiredo extended his winning streak to five. Over the span of his 10 UFC fights, Figueiredo has picked up seven finishes, including a  title-clinching submission of Joseph Benavidez in a match for the vacant belt on July 19.

With the loss, Perez had his three-fight winning streak snapped. His only other promotional loss came to four-time UFC title challenger Benavidez in November 2018.

Perez was not Figueiredo’s originally scheduled opponent. Figueiredo was booked to fight former UFC bantamweight champion Cody Garbrandt. However, Garbrandt pulled out of the fight in October due to health issues.

The flyweight title bout was the UFC 255 main event at the UFC Apex in Las Vegas. It aired on pay-per-view following prelims on ESPN2/ESPN+.

Paul Batura: What’s there to be thankful for on this coronavirus Thanksgiving?

The Block 2020 finale: Jimmy and Tam are crowned the winners

Trump to rally in PA, Biden up in Florida

Australians warned to stay clear of bats due Lyssavirus

'Certainly I will:' Trump says he would be part of a peaceful transfer of power

Anger over the whole of Kent being dragged in Tier 3 coronavirus restrictions deepened today after...

Australians warned to stay clear of bats due Lyssavirus