‘You had one job’: Shoppers are left dismayed by a basic mistake on a Kmart Christmas decoration

Shoppers have been left in hysterics over a hilarious mistake on a Kmart Christmas decoration, which many say perfectly represents the chaos of 2020.

Amused responses flooded in after an Australian woman named Laura posted in a home decorating group on Facebook, saying she had bought the $8 ‘Christmas’ flag bunting – only to discover a glaring misspelling.

Instead of ‘Christmas’, the decoration reads ‘Chrtstmas’ with an extra ‘T’ in place of the ‘I’.

‘What happened Kmart? Now I’ll have to go back,’ Laura wrote in the caption. 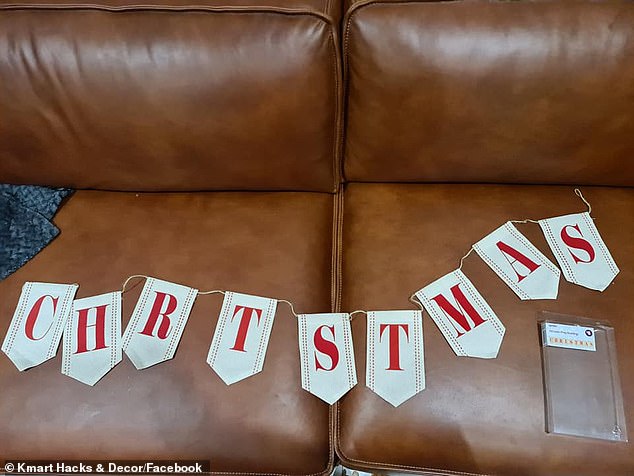 Instead of ‘Christmas’, the decoration reads ‘Chrtstmas’ with an extra ‘T’ rather than an ‘I’

The post, which has been ‘liked’ more than 370 times since it was uploaded online, has drawn dozens of amused responses.

‘You’re gonna have to buy a vowel,’ one woman joked.

‘It’s perfect for 2020, sums up this year perfectly!’ another added.

‘They had one job,’ a third wrote, while a fourth suggested colouring over the ‘T’ with a red sharpie to make an ‘I’. 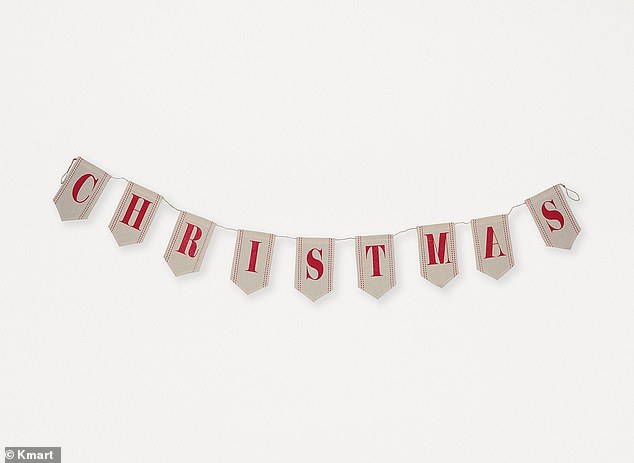 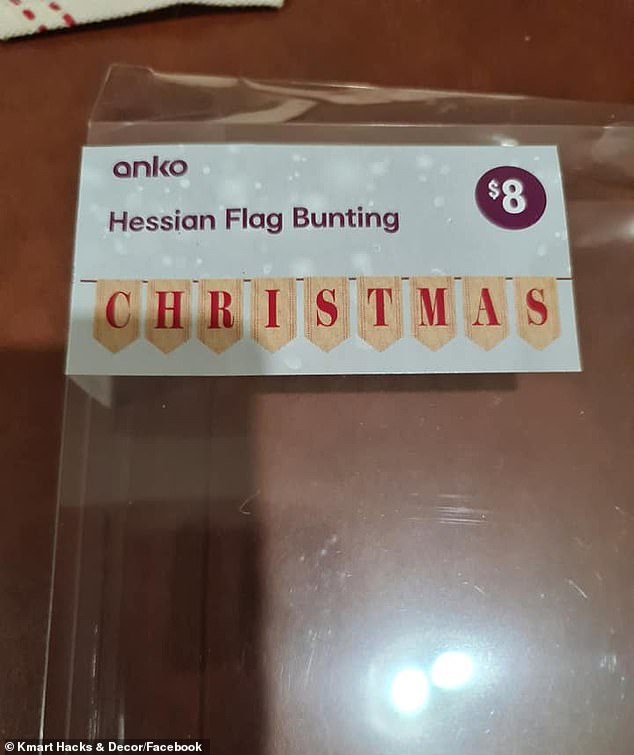 But despite the mistake, many encouraged Laura to hang the misspelt decoration while others shared their own festive mishaps.

‘I’d still hang it up and wait and see how long it too my family to notice – I think it’s funnier than having it be correct!’ one woman said.

‘I had one last year from Kmart that was misspelled too,’ another added.

‘That happened with the Birthday sign. Was missing the ‘day’ read ‘Happy Birthirth!” said a third.

One customer also seemed skeptical, saying: ‘I reckon that’s their plan to make you go back so you buy more.’

FBI agents back Christopher Wray in letters to Trump, Biden and warn that firing him could 'damage' bureau

Fact check: Politicians on both sides of the aisle have flouted COVID-19 guidelines

This is wonderful news for families everywhere: Minister of State for Social Care HELEN WHATELY hails...