Taking your phone into the toilet could leave you needing SURGERY

Social media lovers who use their phone while on the toilet are more likely to suffer from a nasty condition that could end in surgery, doctors have revealed.

Gastroenterologist professor Chris Berney warned spending too much time on the loo increases the chance of developing haemorrhoids.

In the past 18 months he has treated 15 young people who he could not find an explanation for their painful condition, The Daily Telegraph reported.

But upon investigation, Professor Berney noticed the patients had a habit of taking their phone into the bathroom and spent up to half-an-hour on the toilet. 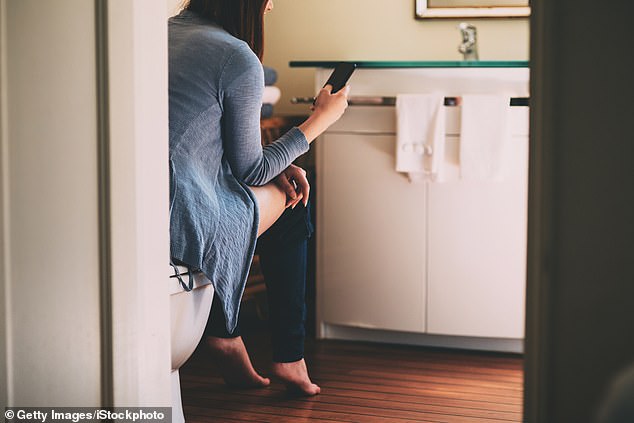 Social media lovers who use their phone while on the toilet are more likely to suffer from haemorrhoids, doctors have revealed (stock image)

‘I started to ask how long they spend in the toilet, and suddenly I realise that some of these people will spend 20 minutes, 25 minutes, half an hour on average,’ he said.

‘I asked why they were spending so long and I realised that some people were actually taking their smartphone in the toilet, because they want to be connected, and they will spend 20 minutes plus, with the mobile phone while doing number two,’ he said.

Last year, Professor Berney surgically removed a giant haemorrhoid from a 23-year-old woman, who typically spent 25 minutes on her phone when using the toilet.

The young woman, who did not want to be identified, required an emergency haemorrhoid thrombectomy and has since been referred to a pelvic ﬂoor dysfunction physiologist. 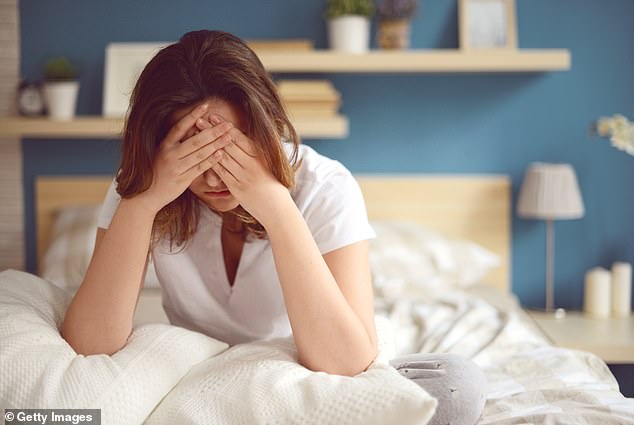 She said: ‘I was shocked to discover using my phone could be the reason I ended up with so much pain.’

The woman no longer uses her phone when on the toilet.

‘A recent American online study found that nearly 90 per cent of people surveyed used their smartphone while on the toilet,’ the paper said.

‘This is significant, but even more terrifying was the staggering 96 per cent of participants younger than 23 years (Generation Z, born during 1995–2005) who said they would not go to the bathroom without their phone.’

‘This is just half of me’: Adele flaunts her incredible weight loss on SNL

All NHS staff MUST get Covid vaccine – whether they like it or not, says ex-adviser VIVIENNE PARRY

The scientists have done their bit, and the regulators have made the assessment. This week, if all...