You know what they say about the best-laid plans…

Here we reveal five eye-catching bridge designs for famous waterways around the world that never saw the light of day.

Scroll down for mesmerising renderings of the bridges, from the incredible seven-storey Crystal Span Bridge in London to the six-lane Brooklyn-Battery Bridge in New York. 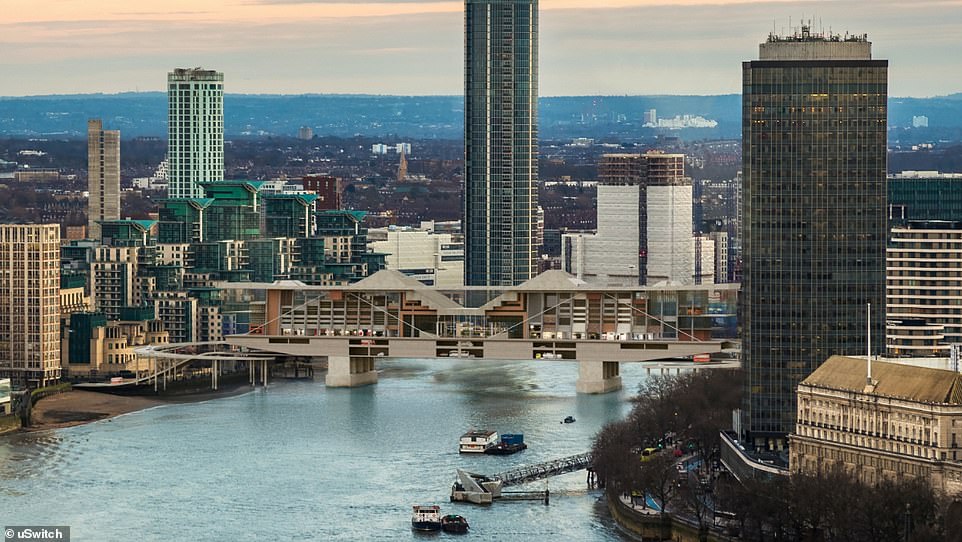 How the incredible seven-storey-high glass-clad Crystal Span Bridge might have looked if it had been given the go-ahead to replace Vauxhall Bridge in London. Rendering courtesy of uSwitch 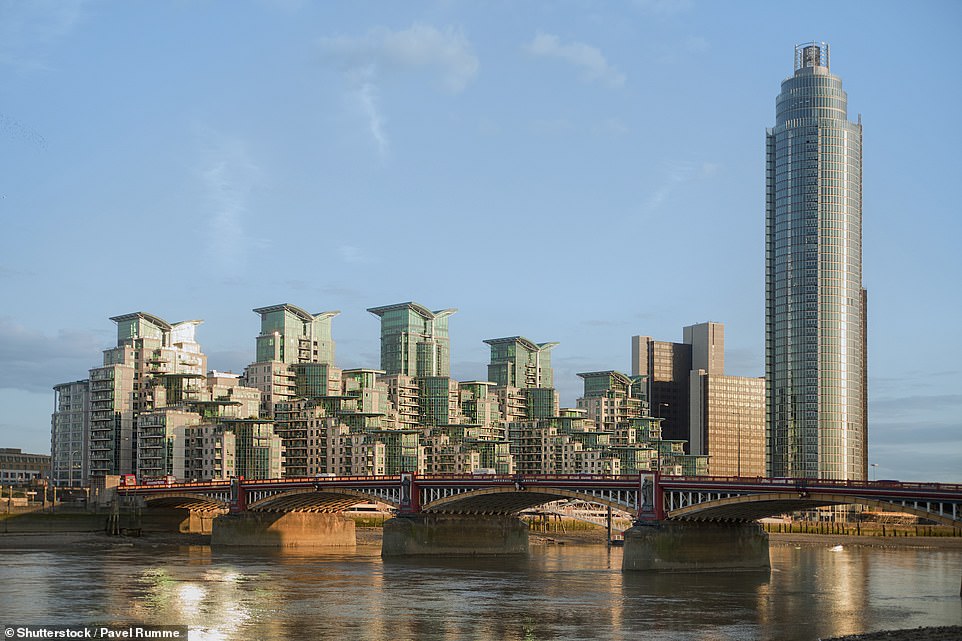 The plans for the Crystal Span Bridge were shelved after they were deemed too costly. Pictured is Vauxhall Bridge across the Thames today

The Crystal Span Bridge would certainly have been different to any other Thames crossing.

That’s because it would have been seven storeys high and clad in glass – and home to a hotel, an art gallery, a shopping centre and a rooftop garden. The proposal for the 984ft (300m) long bridge was put forward in 1963 by the Glass Age Development Committee set up by glass-making firm Pilkington, which wanted the crossing to replace Vauxhall Bridge.

Traffic would have run across two three-lane carriageways on the bottom floor with shops and the hotel on the upper floors. However, the £7million project was deemed too costly by the then London County Council and the plans to build the bridge were shelved. 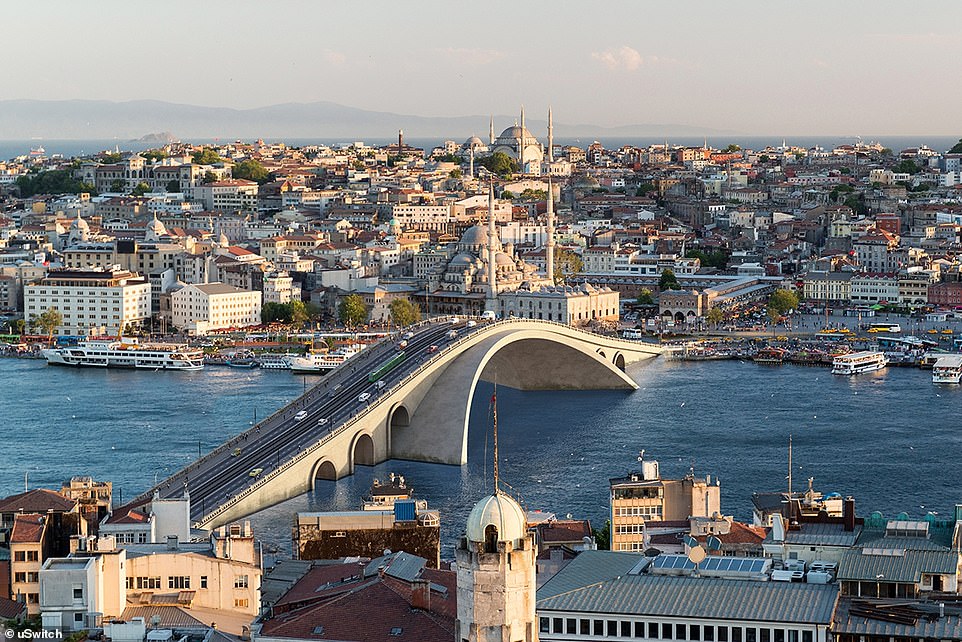 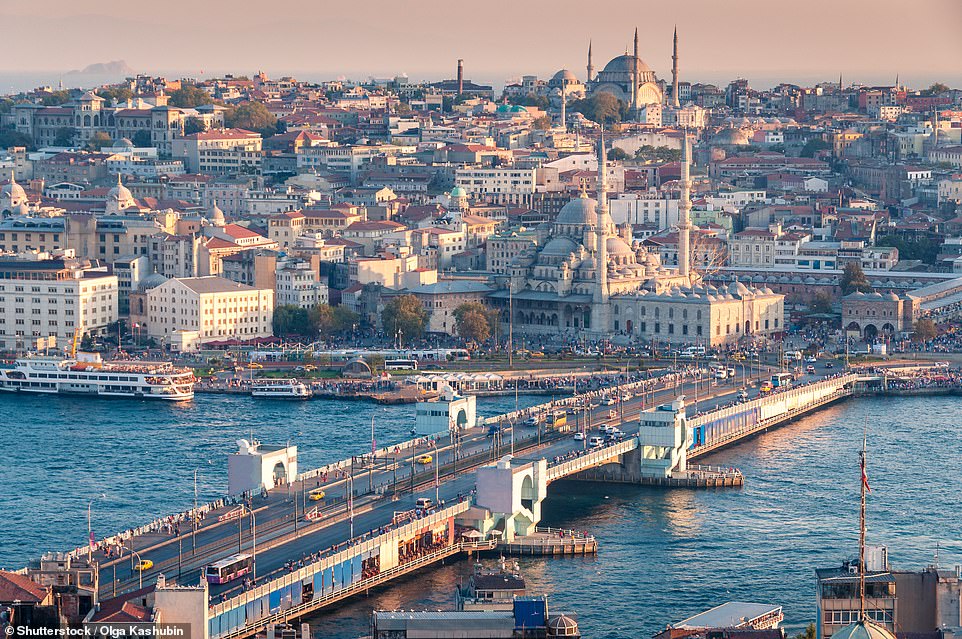 Today, the Galata Bridge, pictured, which was built in 1994, crosses the Golden Horn

Leonardo da Vinci designed this elegant bridge in 1502 to span the Golden Horn waterway in Istanbul. It would have been the longest bridge in the world at the time at 919ft (280m).

The painter and engineer designed it at the request of Sultan Bajazet II, who ruled the Ottoman Empire and wanted to connect the cities of Constantinople and Galata. The bridge would have had a single flattened arch, tall enough to allow boats to sail under it.

However, the sultan was not impressed by the plans and didn’t think they were feasible so the bridge was never built. But 500 years later, engineers at the Massachusetts Institute of Technology (MIT) conducted a study which found da Vinci’s plans would have actually worked. Today, the Galata Bridge, which was built in 1994, crosses the Golden Horn. 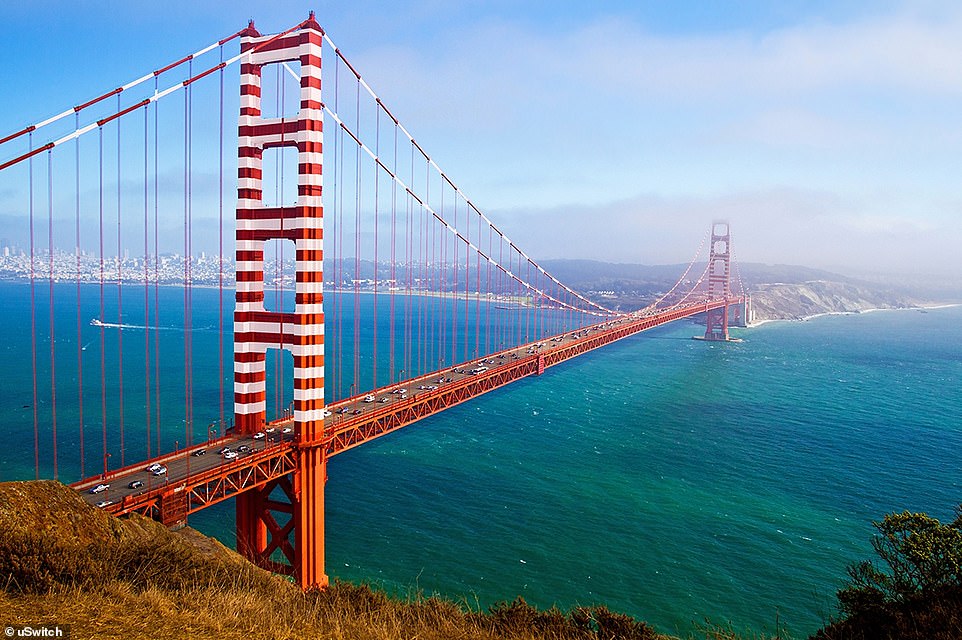 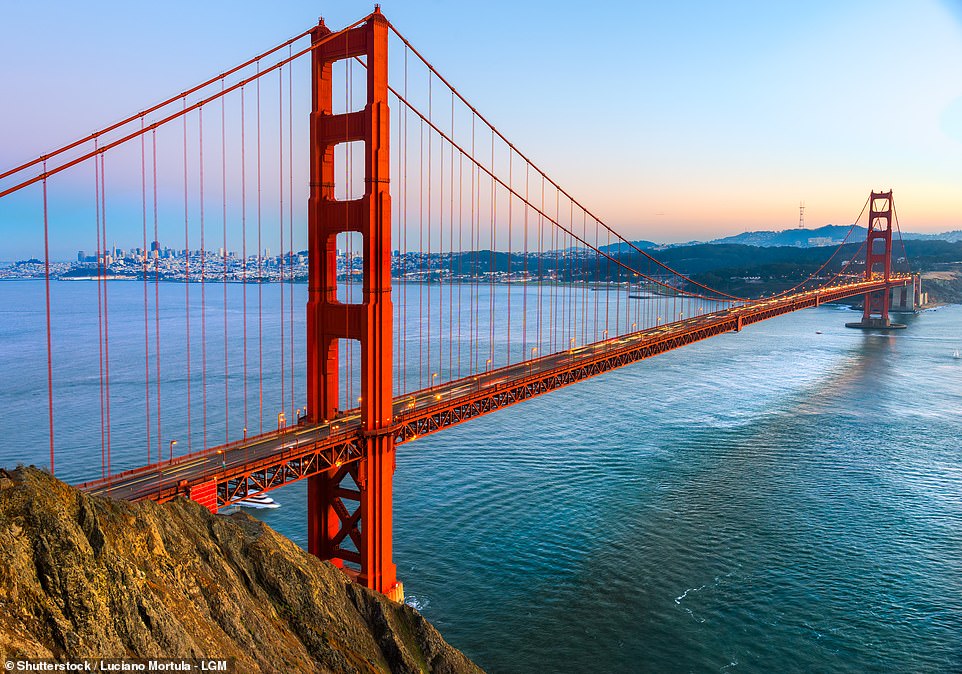 The Golden Gate Bridge, built in 1937, is one of the most recognisable in the world thanks to its distinctive orange hue

The Golden Gate Bridge, built in 1937, is one of the most recognisable in the world thanks to its distinctive hue. However, it could have looked completely different if suggestions from the military had been green-lighted.

But the steel for the bridge arrived in San Francisco coated in a reddish-orange primer that was deemed highly visible and a shade that would complement the landscape, so the stripes proposals were rejected. The primer tone was modified slightly, though, to a variation of what’s known as ‘international orange’. 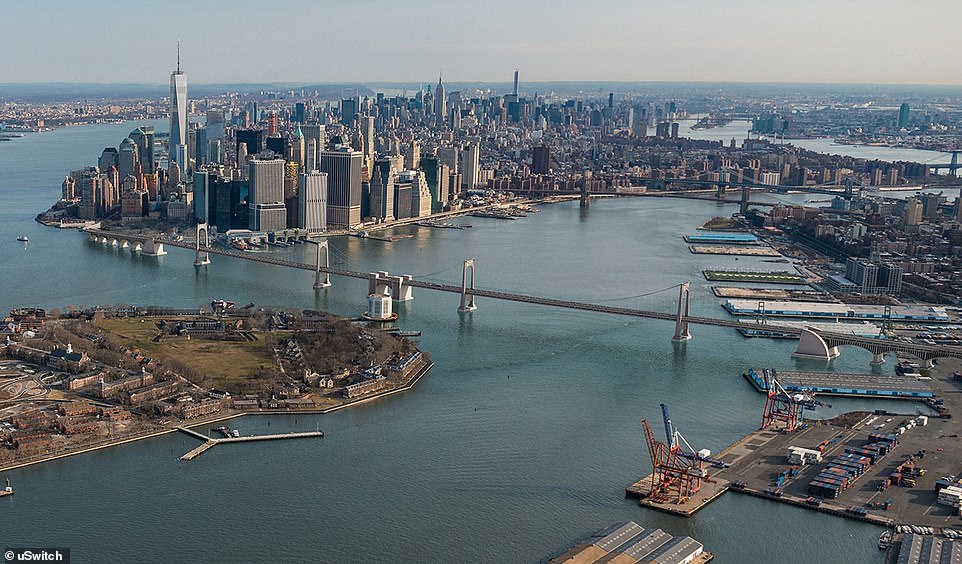 How the Brooklyn-Battery Bridge, which would have linked Red Hook in Brooklyn with Lower Manhattan, would have looked if it was given the go-ahead 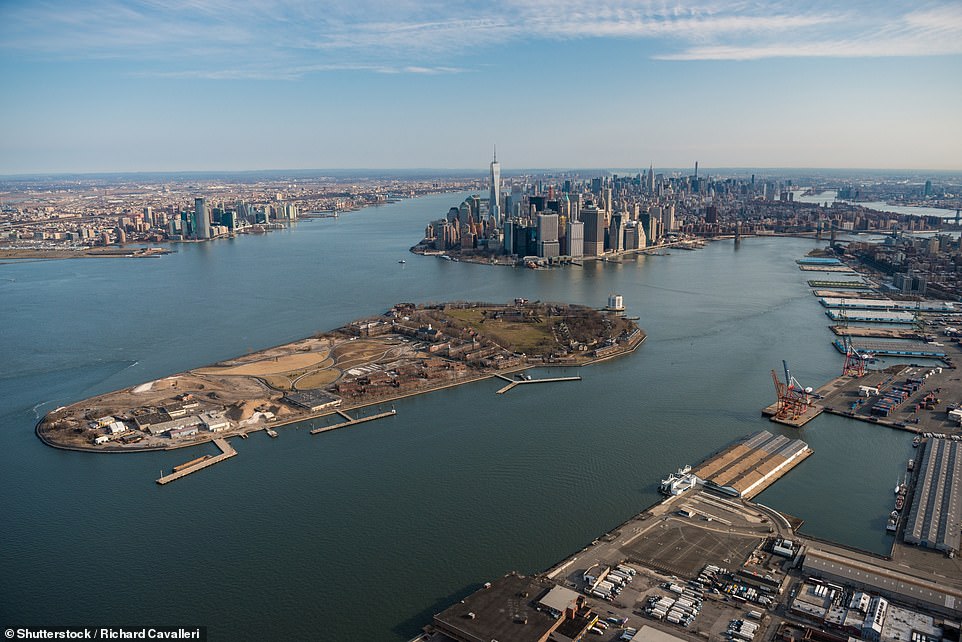 Instead of a bridge, the Brooklyn-Battery Tunnel now connects the two New York boroughs

The busy Brooklyn-Battery Tunnel that links Brooklyn and Manhattan is used by 55,000 vehicles each day – but it was very nearly a bridge instead.

In 1939, Robert Moses, an urban developer in charge of building the tunnel, believed that erecting a six-lane bridge from Red Hook to Lower Manhattan would have been far cheaper at $41million (£30.8million) than creating the tunnel for $84million (£63.2million).

But he came up against stiff opposition from those who believed a bridge could be a wartime target and could affect War Department facilities on Governor’s Island and Treasury Department facilities in the Battery. Ultimately, the plan was never approved and the building of the tunnel went ahead.

The Fourth Forth Bridge, Scotland

Plans for a second rail bridge across the Firth of Forth that dated back to 1945 were uncovered in 2016. It remains a mystery as to why they were drawn up. Here is what the bridge might have looked like

There are currently three magnificent bridges that cross the Firth of Forth – the Forth Bridge, pictured, the Forth Road Bridge and the Queensferry Crossing

There are three magnificent bridges that span the Firth of Forth – but in 2016, it was revealed that there was almost a fourth.

That’s because an old box file discovered under a desk in Glasgow contained drawings from 1945 for designs for a rail bridge close to the existing Forth Bridge.

It remains a mystery as to why the plans for the bridge were drawn up, with historians speculating that the proposals were in case the Forth Bridge was damaged in the war or to cope with an increase of trains.

Udderly bizarre! Eight-month-old mutant cow with a fifth leg on its back stuns villagers in China

Church of England paves the way for same sex marriages

Ahmed Al Husseini, 25, was caught on CCTV hurtling after a McLaren SLR in his Audi...