Fears are growing the Australian Open could suffer the same fate as Wimbledon and be cancelled next year due to the COVID-19 pandemic.

International tennis stars are also reportedly planning to boycott the Open all together due to a lack of warm-up tournaments as travel into Melbourne slowly reopens following its 111-day lockdown.

Victorian Premier Daniel Andrews said the date for the 2021 Australian Open is ‘not settled yet’ on Saturday but a decision was expected to be made in the next 72 hours.

The Australian Open traditionally begins in mid-January and lasts until either late January or early February – with the date set many months in advance. 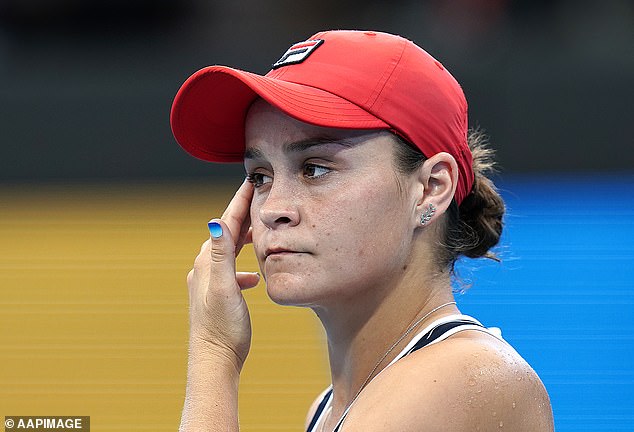 Women’s world number one Ash Barty during international tennis tournament in Brisbane in January. It is feared tennis players could boycott the Australian Open or the event could either be cancelled or postponed

Next year’s open is currently scheduled to begin on January 18 and end on January 31 but international tennis stars still have no confirmation it will go ahead.

Wimbledon was cancelled this year due to the COVID-19 pandemic – the first time since World War II.

There are fears the Australian Open could also be cancelled – although there are unconfirmed rumours it could be pushed back to March or even April.

Tennis Australia was also planning to host a Association of Tennis Professionals (ATP) Cup and Women’s Tennis Association (WTA) in the lead-up to the Australian Open – but there are fears they may not go ahead.

Many players decided not to enter the US and French Opens this year because there were no lead-up tournaments, which could play out similarly in Australia. 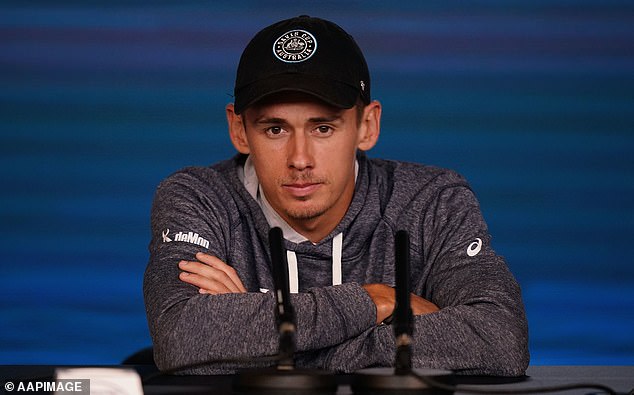 Australian star Alex de Minaur also has Spanish citizenship and is currently based in the city of Alicante. He is one of many international stars completely in the dark about the fate of the 2021 Australian Open. His manager said players could potentially boycott the open

Australian star Alex de Minaur also has Spanish citizenship and is currently based in the city of Alicante.

He is one of many international stars completely in the dark about the fate of the 2021 Australian Open.

What should happen to the 2021 Australian Open?

De Minaur’s manager Andy Criag warned players could boycott the Open if there are no lead-up tournaments or good preparation conditions.

‘If it’s not going to be a tournament held to the standard they’re used to, there’s too much disruption, and some of the bigger players can’t have their full teams with them, or the conditions aren’t ideal for preparation, they may not play,’ Mr Craig told the Sydney Morning Herald.

‘There’s a real risk of that happening. It would be good to have some clarity this close to the tournament.’

Mr Andrews said the exact timing of the event is ‘not settled yet’ and the state government is working ‘very closely’ with Tennis Australia. 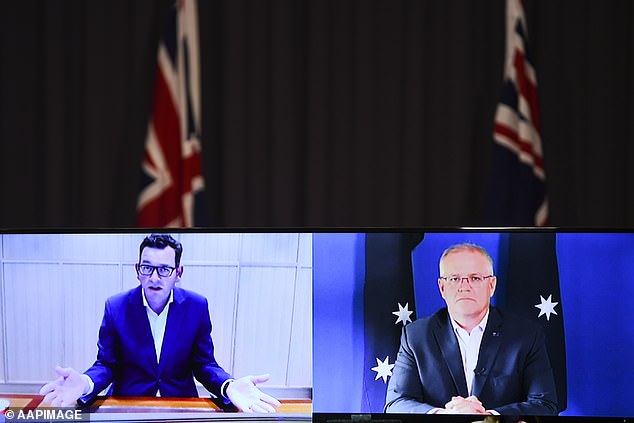 ‘What was important yesterday was to confirm that from the seventh of next month we can have flights return to Melbourne and a hotel quarantine system will be reset, set up at that point,’ Mr Andrews said, according to ABC News.

‘This is not a simple thing though, to have many hundreds or indeed potentially well more than 1000 athletes and others who support them, media, being here for a very important event.

‘The exact timing of it, the exact arrangements we put in place, they are not settled yet and as soon as they are settled, I will be more than happy to share it with you.

‘We’re getting on with the work so that we can have one of our most significant major events, not just for our state but indeed for our whole nation, happen as close to normal, as normal as anything can be, COVID normal, as possible.’

The Victorian Open and Tennis Australia are reportedly finalising their Australian Open plans and will reveal them in the next three days.

Dutch doctors allowed to sedate euthanasia patients before their death

Sen. Tom Cotton: It’s 400th anniversary of arrival of Pilgrims. Why haven’t we heard more about it?

COVID-19 stress isn't taking a break for the holidays: How experts say you should cope

No. 10 Wisconsin cancels game with Purdue due to outbreak

Mike Espy's Senate race in Mississippi is getting a fresh look from Democrats, including Barack Obama. Here's why