Meghan Markle and Prince Harry have reportedly handed the keys of Frogmore Cottage over to Princess Eugenie after clearing out the property ‘in the dead of night.’

The Duke and Duchess of Sussex, who currently reside in a £11million mansion in California, are said to have emptied the house in what an insider claims is a ‘pretty strong sign’ the couple have ‘no plans to return.’

Eugenie, 30, and her husband Jack Brooksbank, 34, moved into the five-bedroom home in Windsor two weeks ago, according to The Sun.

The pair, who married at St George’s Chapel in October 2018, are expecting their first child and are said to be ‘delighted’ with Frogmore Cottage.

An insider has claimed Harry and Meghan had their possessions shipped off to California after ‘removal vans pitched up in the dead of night and cleared out the cottage.’

Eugenie, 30, and her husband Jack Brooksbank (pictured), 34, moved into the five-bedroom home in Windsor two weeks ago, reports claim

The source added: ‘Emptying their home and handing over the keys is a pretty strong sign Harry and Meghan have no plans to return.

‘It appears they are tying up loose ends as they plan to extend their stay in the US perhaps permanently.’

It is understood Eugenie and her cousin reached a ‘private agreement’ over the Grade II-listed cottage though it is not known how long it will last.

The property, which was gifted to the couple by the Queen ahead of their wedding in May 2018, remains Harry and Meghan’s UK residence.

The insider added: ‘Frogmore was kitted out to Meghan and Harry’s tastes with son Archie in mind, so it is the perfect place for a couple to bring up a baby.’

The reported change in tenant comes after Harry and Meghan reimbursed taxpayers in full for the £2.4million used to renovate their Windsor home.

The couple – who had been paying back the cash in monthly instalments – announced in September that they had totally refunded the Sovereign Grant for the redevelopment of five-bedroom Frogmore Cottage on the Queen’s Berkshire estate.

Sources close to the couple also claimed that they would no longer be receiving handouts from Prince Charles as they sought to establish ‘financial independence’.

The pair, who married at St George’s Chapel in October 2018, are expecting their first child and are said to be ‘delighted’ with Frogmore Cottage (pictured) 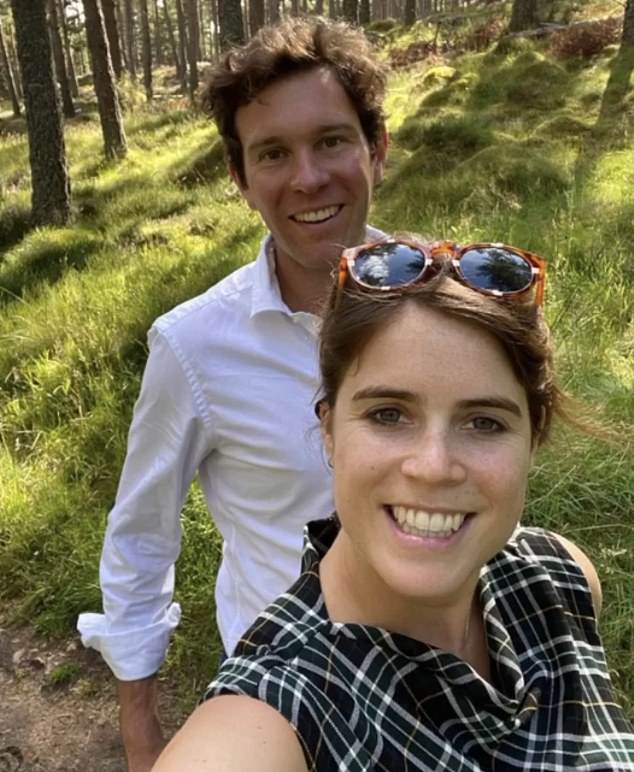 It was revealed in the wake of the couple’s decision to step back from their royal roles and to live in America that the Prince of Wales would make a private financial contribution to help them during their first year away.

It is believed the total amount was around £1million.

A source told The Telegraph: ‘They are not receiving support in any way shape or form from any external person other than themselves.’

However, another source told the Mail that the move, which came after it was revealed the Duke and Duchess of Sussex had secured a lucrative deal to produce shows for streaming giant Netflix, said to be worth in the region of $100million (£75million), would not make them immune to scrutiny.

The source said: ‘This has come as something of a surprise,’ they admitted, ‘and it can only be assumed this has something to do with the Netflix deal. Maybe it now means he can afford to pay the money back in full at once or maybe he has been irritated by the criticism that the deal has led to of his finances. No one really knows.

‘But if he thinks that it will make him immune from public and media scrutiny, he is misguided.

‘This new, highly visible media role that he is seeking in the US makes him more of a public figure than ever.’

The £2.4million in public money that was used to convert Frogmore from what had been five small staff cottages into a larger country home for the couple has been a particular bone of contention since they quit as working royals in January.

Critics had argued that not only should the cash be refunded in full after their move to California, but they should also forfeit their right to even live at Frogmore, which was given to them by the Queen.

Those calls intensified after they recently bought an £11million nine-bedroom, 16-bathroom mansion in Montecito, Santa Barbara, with a £7.5million mortgage.

Until September, the couple had been paying back the money at a rate of £18,000 a month – a figure which also covered ‘rent’ on the property.

This meant it would have taken them 11 years to repay the British taxpayer, a timeframe that many felt was far too long given the couple’s earning potential.

Despite the payment, a spokesman for the couple made clear at the time that the Sussexes would continue to use the Windsor property, for which they will now continue to pay an undisclosed ‘commercial’ rent, as a UK base.

Frogmore, which was given to the couple from the Queen through her Crown Estate, had fallen into disrepair before they moved in.

Builders worked around the clock for six months so they could move in before the birth of their son Archie in May 2019.

The couple chose to move out of Kensington Palace following their disagreement with the Duke and Duchess of Cambridge.

Buckingham Palace declined to comment when contacted by MailOnline.

How to mess up a job interview before it even starts... by being rude to the receptionist

Microsoft develops new system that can tell when employees are bored

A pioneering implant to treat complex leg fractures can help challenging cases that until now could...