An upmarket Sydney community are still trying to solve a two-year mystery after sealed plastic sandwich bags filled with a suspicious brown and pink fluid were dumped in locals’ rubbish bins.

Deborah Munro posted a call-out to the Balmain/Rozelle Mums and Dads Facebook group in December 2018, asking other locals in the inner-west community if their wheelie bins had been used to stash the sludge.

‘I’m talking up to 15 sandwich bags of disgusting fluid a week.’ 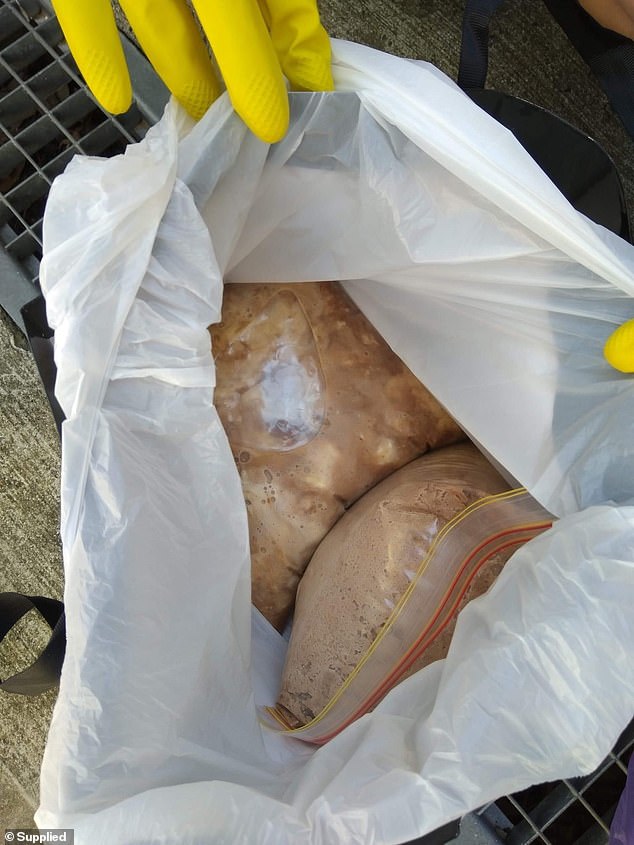 An upmarket Sydney community are still trying to solve a two-year mystery after sealed plastic sandwich bags filled with a suspicious brown and pink fluid were dumped in locals’ rubbish bins. Pictured: Sludge found by a resident on December 26, 2018

She reported the incident to police who told her it was ‘weirdly suspicious’.

‘Wanted to see if it has happened to anyone else? Or has anyone ever noticed an unexpected pink sludge in/on their bin?’ she questioned.

Ms Munro told Daily Mail Australia she first started to suspect something was off when her bin was ‘incredibly heavy’ over the course of a few months but assumed it was her daughter’s nappies.

‘I also noticed that sometimes there would be a pinkish brown sludge on the bin lid or down the bottom of the bin and thought it was strange that our waste always rotted into the same coloured – pinkish – sludge!’ she said.

Ms Munro then came back from holidays to find her old bin had a big crack down the bottom. She got a new bin delivered by the council and ‘started to take more notice’ of the weird fluid.

‘One morning I went to rinse the bin out – only a couple of hours after they were collected – to see that a large bin bag filled with about 10 zip-lock bags of sludge down the bottom,’ she said.

‘I thought it was very strange.’

The same thing happened the week that followed and Ms Munro visited the local police station to ask what she should do with it and whether she should be concerned. 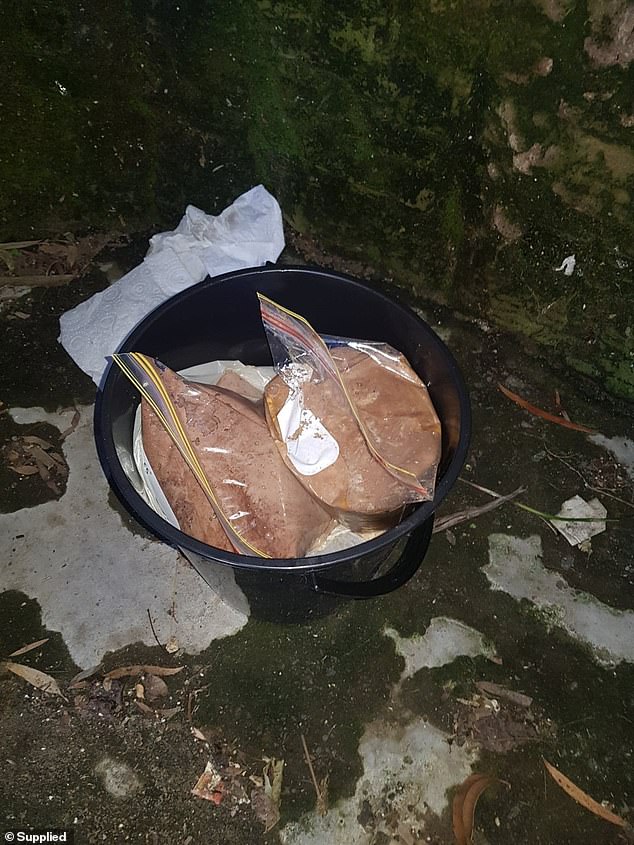 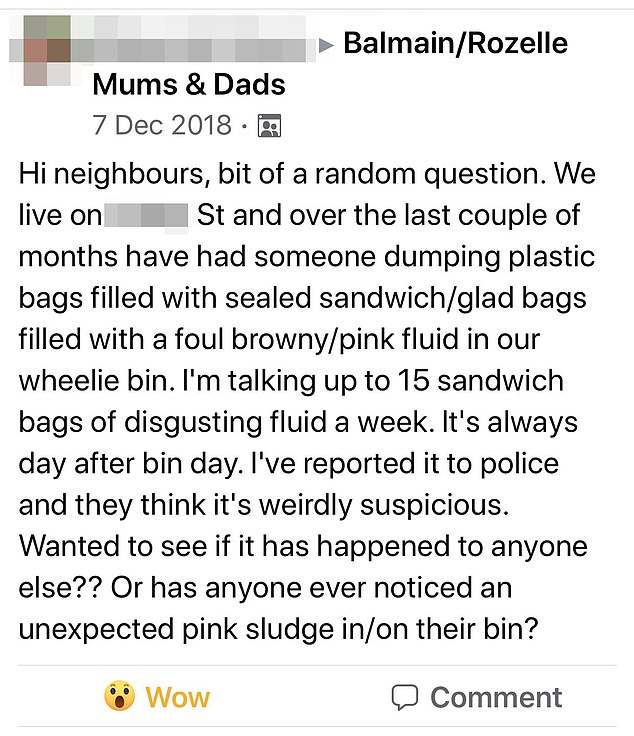 Deborah Munro posted a call-out to the Balmain/Rozelle Mums and Dads Facebook page in December 2018, asking other locals in the inner-west community if their wheelie bins had been used to stash the sludge (pictured)

She was visited by three officers from the drug squad who thought it sounded ‘suspicious’.

‘Once they saw it they said it didn’t seem to be a drug by-product, but that ‘it was definitely one of the most disgusting things he’d seen’ and that it seemed like some sort of bio waste,’ Ms Munro said.

After a few more dumpings in the bin, Ms Munro bought a cheap security camera.

‘But after that it stopped! So I never caught anyone,’ she said.

‘I didn’t get any more dumpings until perhaps a year ago when two big bags were placed on the top of our bin just before collection day.’

Ms Munro said the community was ‘really intrigued’ after she made her post. 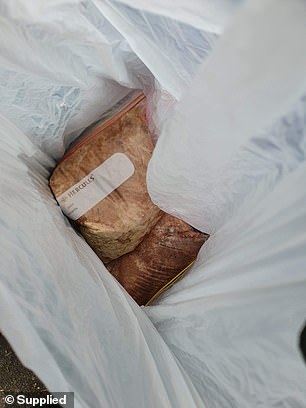 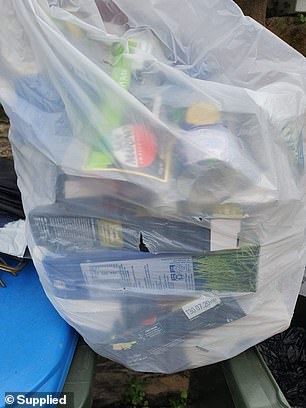 Ms Munro shared these pictures dumped in her bin in September 2019. One big bag of general plastic rubbish, and another bag of sludge

‘It all got so strange when other people started reporting dumpings too, of the exact same stuff.

‘I think it was my opposite neighbour who reported the next lot of dumpings, a few weeks after my original post around Christmas 2018.’

Ms Munro said the ‘pinky-brown’ fluid is ‘quite liquidy but with thicker chunks’.

‘Smelt disgusting, but I’m not sure I could describe it,’ she said.

It appears the offender is still on the loose as the Facebook post has new comments from as recent as Friday – almost two years after the strange situation was first addressed.

‘Such a shame it’s happening again,’ one local wrote this week.

‘Curious that it seemed to stop during COVID-19 lockdown though as no reported cases here. 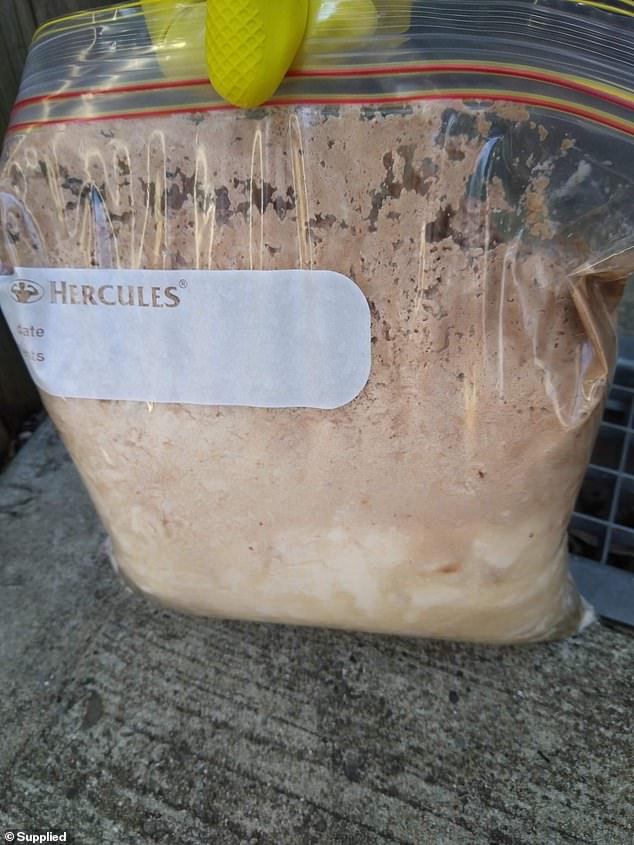 Pictured: One resident found this sealed bag of fluid stashed in a Forever New shopping bag on Boxing Day 2018

‘It might help us get some clues on what it could be if we could figure out what businesses/shops had to close down.’

Almost two months ago another group member spoke about finding the fluid in their bin.

‘We were getting hit every time we left our bin out. One night too much and I spotted some dumped on the curb,’ they wrote.

‘My husband even bought a dash cam to try and catch them red-handed but then they suddenly disappeared.

‘This was about eight months ago which is when the last post was written about the issue. Maybe this post forced them underground?’ 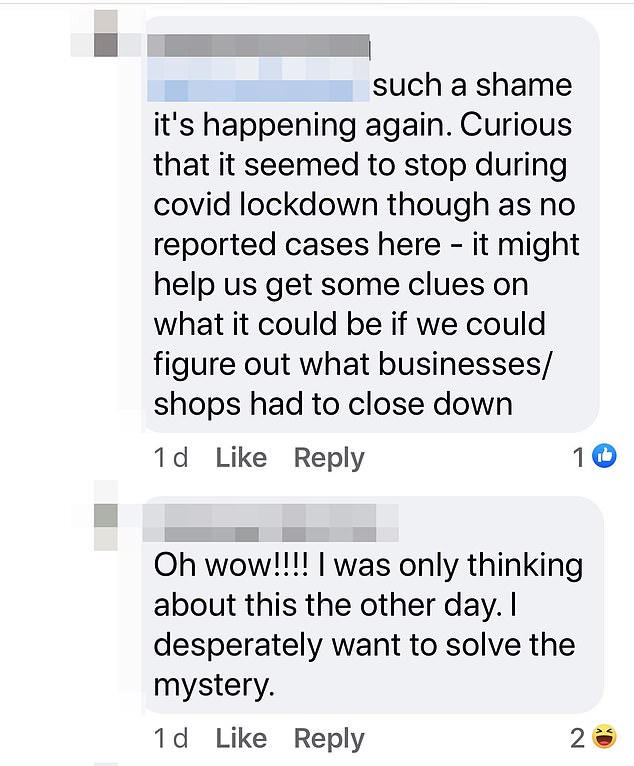 ‘Such a shame it’s happening again,’ one local wrote in the Facebook group this week 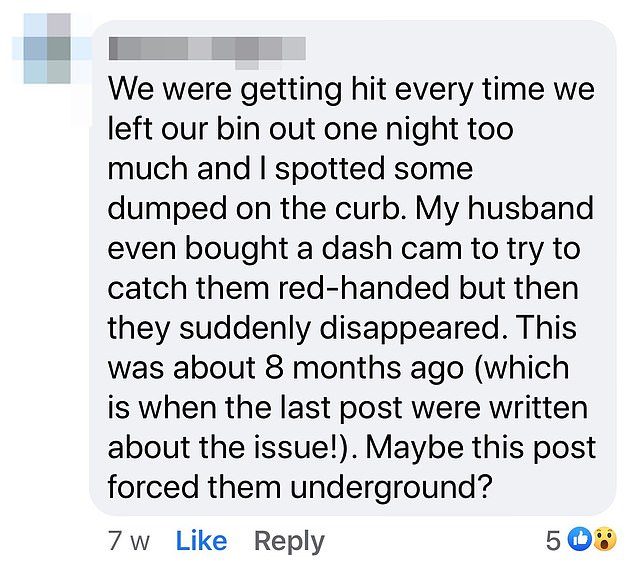 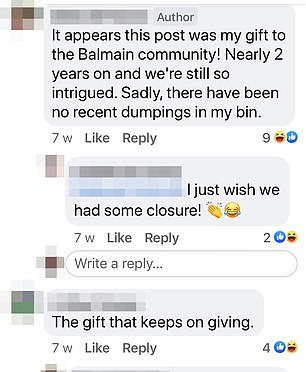 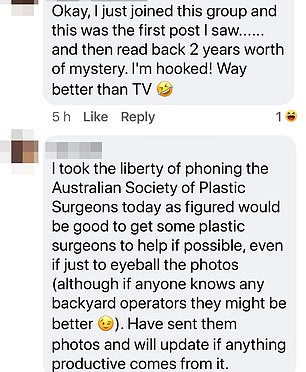 Numerous locals said they have keenly followed the saga (pictured)

‘It appears this post was my gift to the Balmain community!’ she said.

‘Nearly two years on and we’re still so intrigued.

‘Sadly, there have been no recent dumpings in my bin.’

Numerous locals said they have keenly followed the saga.

‘Okay I just joined this group and this was the first post I saw and then read back two years of mystery. I’m hooked! Way better than TV,’ another said.

‘The gift that keeps on giving,’ a third wrote. 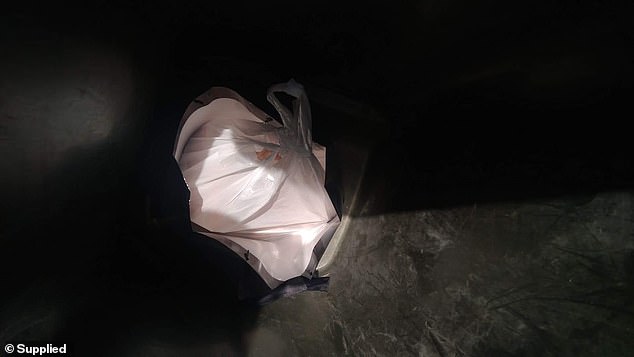 Pictured: The mysterious sludge was stashed inside a Forever New bag and left outside a recycling bin on December 26, 2018