Australian Bureau of Statistics analysis shows the average number of jobs lost in Victoria during August and September was 1,200 a day. 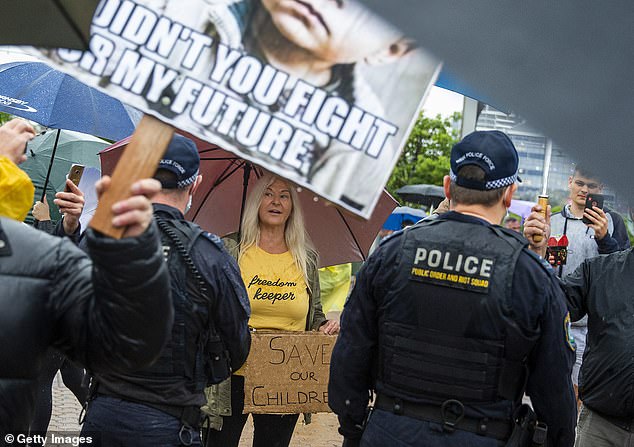 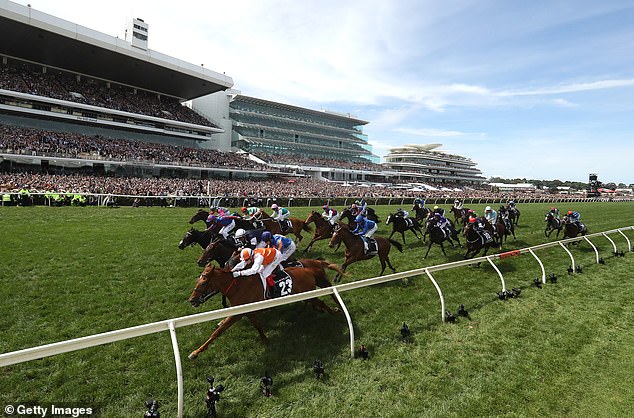 The Melbourne Cup will have no spectators in the stands at Flemington, removing an important economic boost for the state. Pictured: thousands watched the famous race in 2019 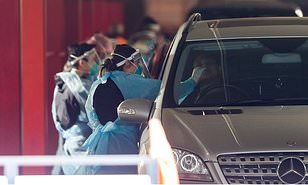 Victoria’s share of the national job loss total makes up the majority at 52 per cent of the total number of jobs lost since March, The Australian reported.

The harrowing figures emerged one day after Victorian Premier Daniel Andrews announced a delay in Melbourne’s scheduled easing of restrictions saying it was ‘not safe’.

Mr Andrews said the next stage of Melbourne’s reopening would be on hold for a few days until test results connected to recent northern suburbs outbreaks were returned.

The Victorian Premier previously planned to scrap the four reasons for leaving home and the 25km travel limit from November 1, provided the state had a rolling two-week average of fewer than five cases a day.

Despite the average now sitting at 4.6 new cases a day, the premier said he could not open up until the results of 1,000 tests from the northern metropolitan outbreak were known.

Chief Health Officer Brett Sutton admitted that frustration had reached ‘boiling point’ but said authorities needed another 24 to 48 hours to analyse test results to check the northern suburbs outbreak was under control.

Treasurer Josh Frydenberg, however, said business must be allowed to reopen. 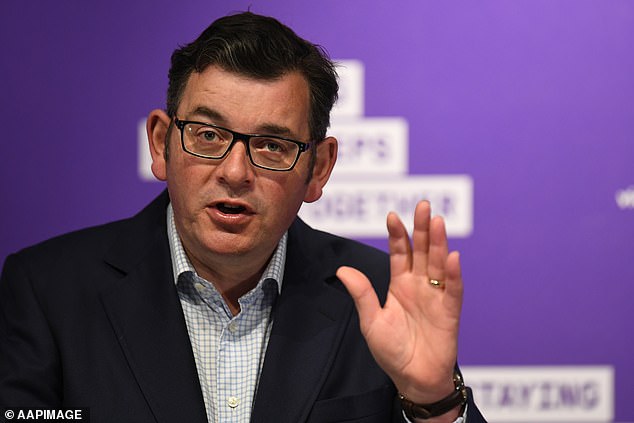 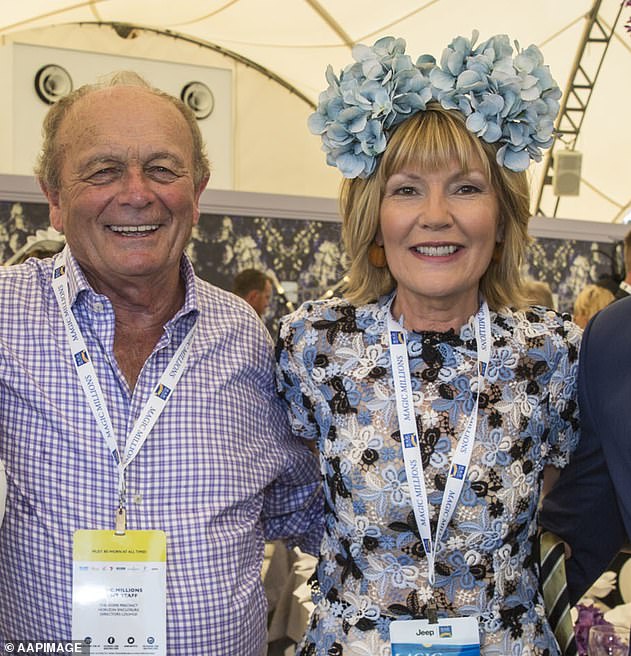 Gerry Harvey (pictured with wife Katie Page) has lashed out at the delay in reopening Melbourne, saying it ‘defied logic’

‘The hardship and cost caused by this extended lockdown is immense,’ he told The Australian.

Victoria’s retail sector said it was losing vital trading days in the lead-up to Christmas.

Harvey Norman executive chairman Gerry Harvey said the delay in reopening ‘defied logic’ once the case numbers were down to five or 10 cases per day.

‘We’re very disappointed because we were geared up to open,’ he told the Herald Sun.

‘We’ve got an awful lot of stock and now it’s mothballed.’

Prime Minister Scott Morrison, Health Minister Greg Hunt and Treasurer Josh Frydenberg all issued a joint statement on Sunday slamming the delay, saying it meant Victoria’s government did not have confidence in their systems.

‘At some point, you have to move forward and put your public health systems to work in a bid to reclaim the jobs that have been lost,’ it said.

The statement said Victoria had been devastated by ‘more than 1,000 job losses per day’ and a ’31 per cent increase in Medicare funded mental health presentations’ under the Stage Four lockdown.

The Treasury data also showed total Commonwealth support for Victoria was climbing close to $75 billion – a third of the national total, The Australian reported. 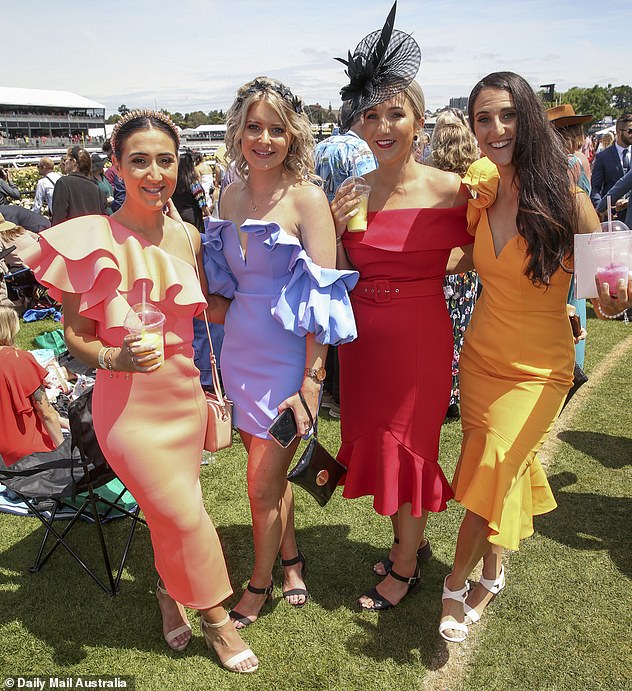 Victoria’s lost economic output for the September quarter reached more than $100 million per day, according to the figures quoted.

Melbourne’s lockdown uncertainty has prompted the Victoria Racing Club to ban spectators at Flemington for the Melbourne Cup and major races including Derby Day.

‘Seems he is making this up as he goes. We are below the recommended national number for easing restrictions and our businesses should not be forced to suffer.’ 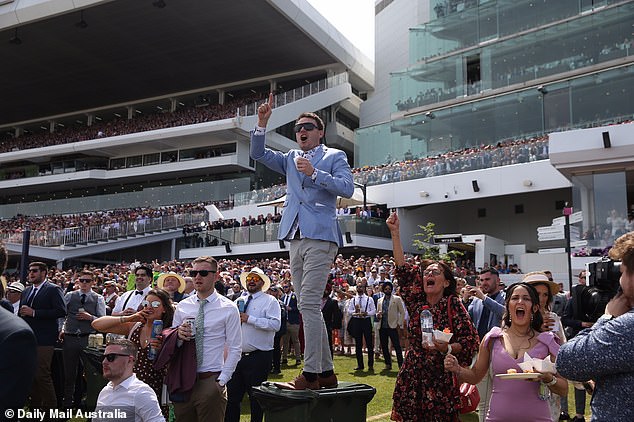 The stands at Flemington are usually packed for the race that stops the nation, with up to 100,000 people attending (pictured in 2019). Victoria’s losses  will worsen with no spectators

Bunnings managing director Mike Schneider said the uncertainty was affecting their suppliers, and said customers needed access to the hardware chain’s products in order to prepare for bushfires and fix storm damage.

Business Council chief executive Jennifer Westacot said it was taking too long and too much was being lost.

‘Victorians cannot hang on week-to-week, people are at a ­financial and mental breaking point,’ she said.

Former Liberal premier Jeff Kennett also came out swinging on the Sunday Project, shocking panelists Peter Van Onselen and Lisa Wilkinson by calling Premier Andrews a ‘communist’ and a ‘dictator’ for the delay.

Victoria recorded seven new coronavirus cases on Sunday, six of which were linked to an outbreak in Melbourne’s north.

Last chance for a long ball: Can Trump use the Nashville debate to shake up a race he's losing to Biden?

Molly Sims, 47, radiates in swimsuit on yacht: ‘My last outfit before we quarantine’

Do NOT travel for Christmas amid coronavirus pandemic, CDC warns Americans

The Centers for Disease Control and Prevention (CDC) are warning Americans not to travel for Christmas as...